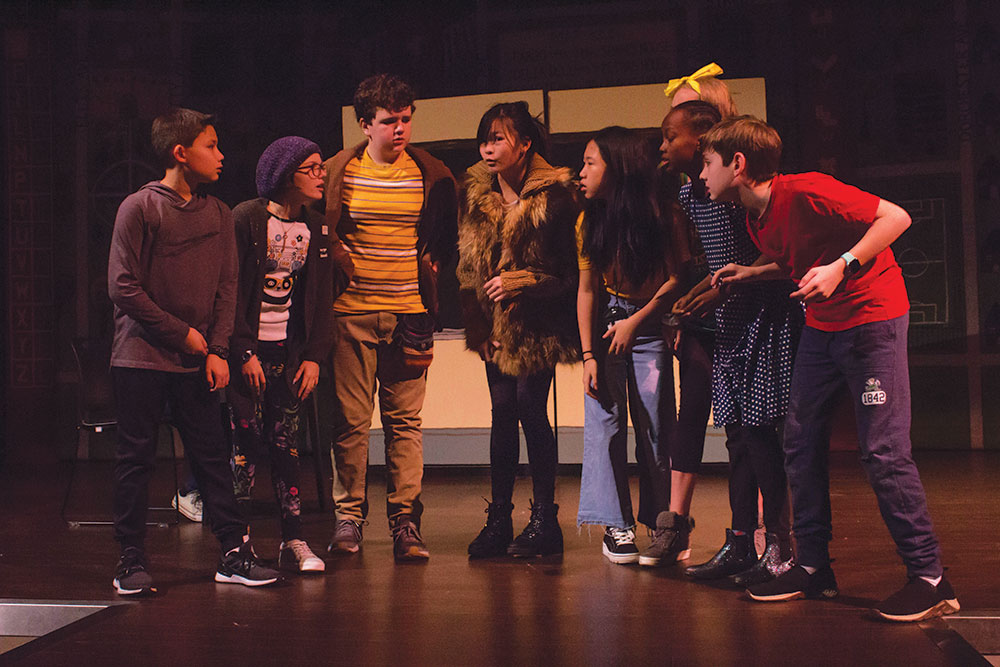 If you show this to the authorities, you will most certainly be placing your life in danger.

In November 2019, Lab kids, their families, and other members of the community piled into the Gordon Parks Assembly Hall to watch Lab theatre director and drama teacher Audre Budrys Nakas’s stage adaptation of Chasing Vermeer performed by a cast of 27 Middle Schoolers. 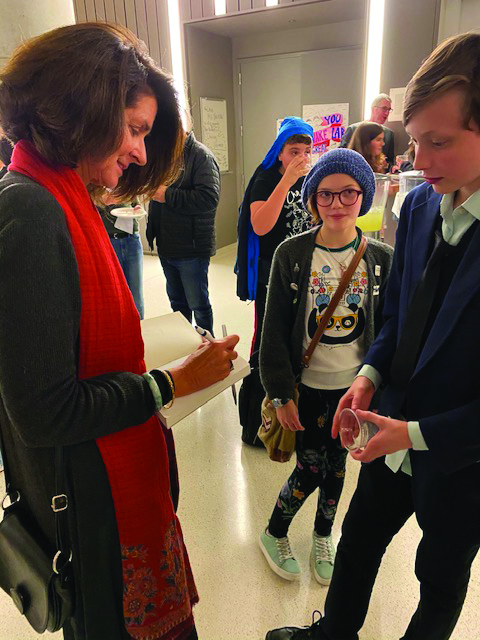 “What a beautiful and amazing production. I was bowled over,” says Balliett, who was in the audience opening night. “Audre’s adaptation of my book was both true-to-content and inventive, and the sets, music, and acting were wonderful. So much talent, and all springing from the Lab community!”

In the play, as in the book and at Lab, students are encouraged to ask questions, explore, persevere—values that John Dewey hoped would spread like wildfire.

“Kids love hearing that there are things even adults don’t know,” Balliett says. “It sparks their curiosity when they think, ‘maybe I could be the one to figure this out!’ They have impressive ways of sorting experience, and they learn so much when they feel in charge, when they’re chasing information or ideas valued by the world at large.

“I honestly didn’t write Chasing Vermeer for publication,” laughs Balliett. “I wrote a book I wanted to use as a read-aloud in my classroom. I never imagined there was a place for this wild story in the market.”

As it turned out, there was. Since its publication in 2004, Chasing Vermeer has been translated into 35 languages, sold millions of copies, and is a mainstay in classrooms all over the world. Described by Newsweek as “A Da Vinci Code for tweens,” it won numerous awards, including the Edgar Award for Best Juvenile Novel, the Agatha Award for Best Young Adult Novel, the Book Sense Book of the Year Award, and the Chicago Tribune Prize for Young Adult Fiction.

“I was more surprised than anyone to see this book take off. It’s packed with glimpses of my everyday classroom,” says Balliett, who taught third and fourth grade at Lab for 12 years before becoming a full-time novelist. “Real conversations between kids and actual homework assignments are woven into the story. I’m pretty similar to the teacher, Ms. Hussey, but not as wild or I probably would have been fired,” she adds with a laugh. “Ms. Hussey takes kids’ ideas seriously, which is something I’ve always done too.” 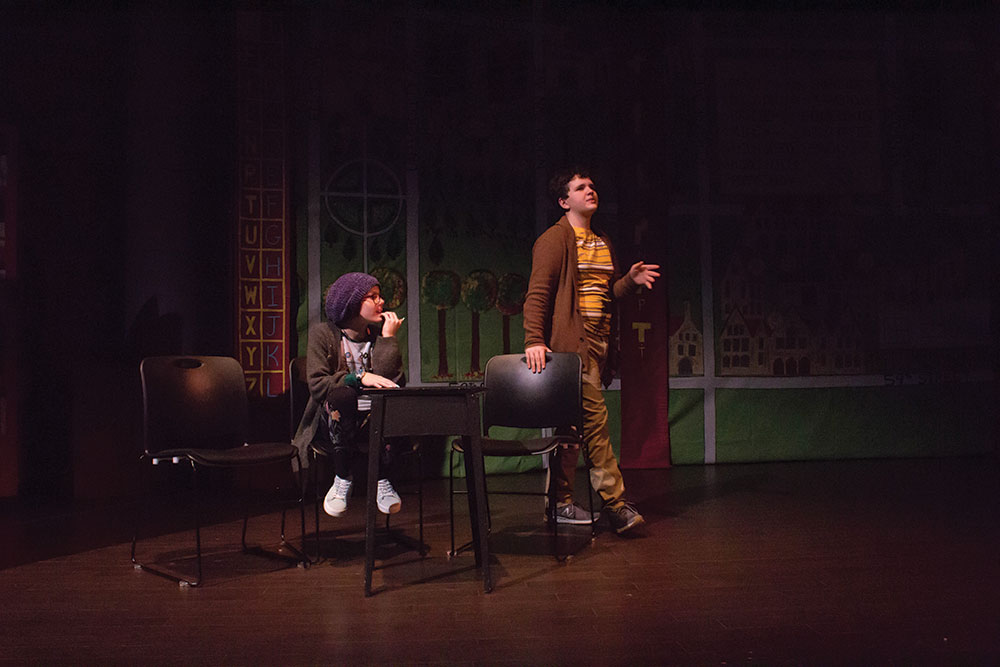 At the time of Chasing Vermeer’s publication, there weren’t many mysteries for kids that shared actual, mind-bending questions set in the real world. Balliett wanted to give kids the thrill of tackling real-life mysteries.

And in Chasing Vermeer, there are thrills galore. It’s an interactive endeavor, packed with maps, puzzles, and coded graphics (by illustrator Brett Helquist) that hide secret messages. There’s also a healthy dose of adrenalin, as the reader follows the two protagonists through a high-speed chase and a series of tight escapes.

Ghostly Beginnings
Balliett’s interest in the unknown and the little-understood began many years ago. After college she lived on Nantucket Island, in Massachusetts, and heard people in that community telling stories about run-ins with ghosts. Incredulous, she began interviewing residents and visitors, recording their experiences. The result was her first book, Nantucket Ghosts, which was written as oral history.

Does Balliett believe in ghosts? “Well, there’s definitely something going on,” she says with a smile. “When you hear so many stories from unlikely sources, it really makes you stop and wonder.”

After Chasing Vermeer’s publication in 2004, Balliett went on to write six more young adult mysteries also built around ongoing questions in the real world. “My hope has always been to get kids hooked on being lifelong thinkers and questioners,” Balliett says. 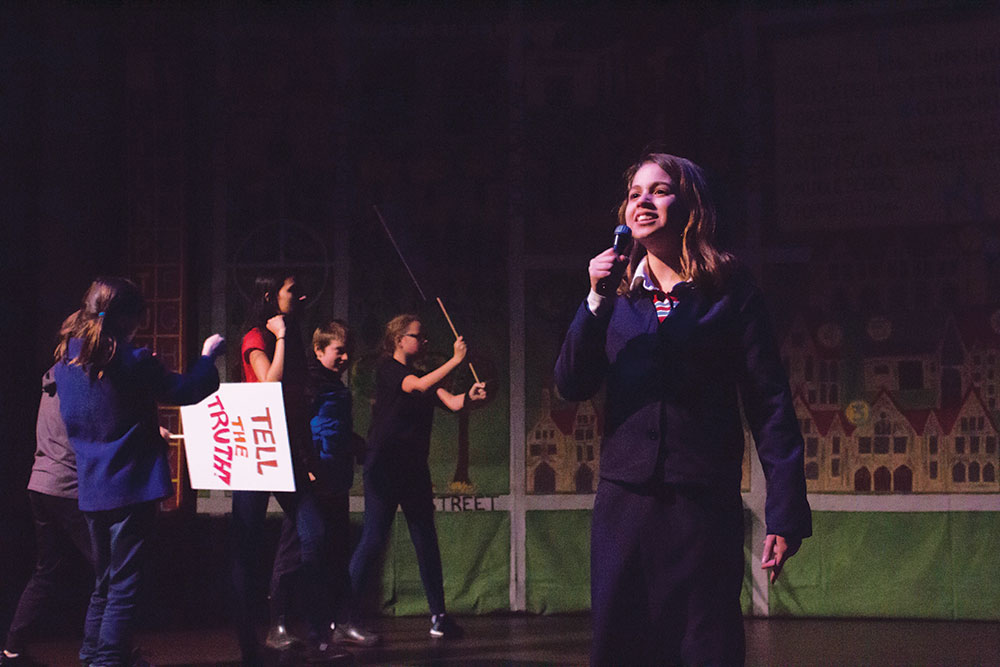 Opening Night
“I’ve done adaptations before, both at Lab and as an adjunct at Roosevelt University,” Budrys Nakas says. “And as a huge Chasing Vermeer fan, I’d pondered adapting it for some time.”

She finally got her chance when Balliett visited the Schools to speak. “I was nervous about approaching her, but she was so warm and gracious that I just blurted it out,” she recalls. “I was kicking myself for putting her on the spot, but she was so gracious and agreed to allow me to adapt her novel after a few emails. Needless to say, I was thrilled!”

Budrys Nakas wanted to stay as true to the source material as possible, but as with all book-to-stage adaptations, some changes had to be made.

“I did add some extra roles and a chorus, the goal being to give more students a voice,” Budrys Nakas says. “I would rather write more kid roles than give adult roles to kids.” She also expanded the roles of some peripheral characters from the book, and added more Chicago landmarks into the production.

This smash-hit production wouldn’t have been possible without the work of her stage crew, Budrys Nakas says. “They worked the box office. They sewed costumes and built sets by hand. They managed the stage and the lighting. I couldn’t be more proud of their dedication. And I thank their families for all of their support.

“The teacher in Chasing Vermeer really does what John Dewey laid out for us to do: stay curious, follow the knowledge,” Budrys Nakas says. “It’s a message that bears repeating. I think our students really honored Dewey’s memory with their work on this production.”