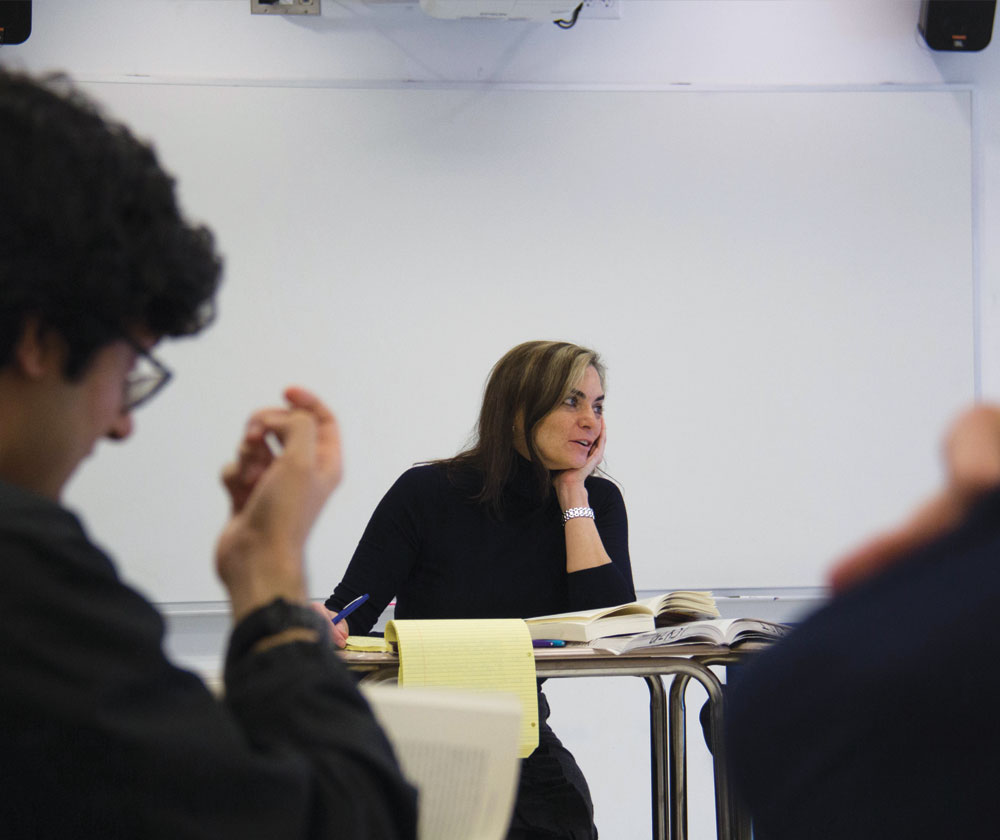 A legal grounding to teach history

Lab history teacher Christy Gerst didn’t care for high school. She thought it was so boring, in fact, that she managed to graduate a year early.

“Something had been missing,” she says.

But many years later, as a lawyer, she was often sent to clients to teach classes on various issues in the law. She found herself in rooms filled with everyone from 18 year-olds just starting their internships, all the way up to the CEO.

“I had to appeal to that wide audience, think on my feet, connect, and build relationships,” says Ms. Gerst, who joined Lab in 2014 after teaching at two CPS selective enrollment schools: Jones College Prep and Northside College Prep. “There’s something really extraordinary about learning.”

These experiences made her curious about teaching as a profession, and she began visiting local high schools, including Lab, to observe history teachers in action. She felt so called teach that she went back to school to get her MA in education and social policy from Northwestern University. As part of her coursework, she returned to Lab yet again as a student-teacher.

“There’s something special that makes Lab unique. There’s the ability here to participate in a community and environment that is collegiate and curious and scholarly, and these are some of the things I thought were absent from my own high school experience,”
she said.

Ms. Gerst studied history and poli sci at WashU St. Louis before getting her law degree at University of Illinois. Her next years were spent clerking for a federal judge and working at two prestigious Chicago law firms in general litigation and in their labor and employment practices. 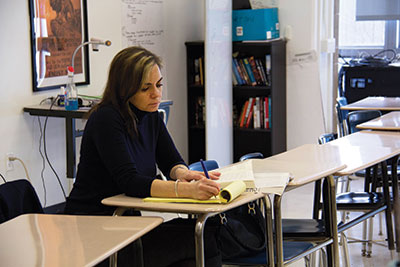 “My dual background means I can teach in an interdisciplinary fashion,” she said, such as the intersection of history and the law. “As a lawyer, I had to be skilled at being able to take multiple perspectives and to understand how arguments change on the basis of these perspectives and assumptions. Research skills, argumentation, and evidence are the keys of what we’re trying to pass on to students.”

Last year, she received a grant focused on cross-disciplinary innovation to pilot a multilingual mock council. Her students looked at economic nationalism versus globalism, just as steel and aluminum tariffs were being debated in the news. She also partners with the University of Chicago Law School to offer a seminar on student constitutional rights. The group consists of students from Lab, the University of Chicago Charter School, and the Law School. Together, they examine the constitutional issues that involve minors in school, and what rights they have, such as speech, locker searches, drug testing, and the take-a-knee movement. Having such a diverse group allows them to share their unique perspectives, examine their  preconceptions and understand the Constitution from the vantage point of divergent experiences.

“History explains my life,” she sometimes tells students. She’s half Assyrian and half Scottish. Her parents met during the Vietnam War, but in Iran. “Studying history prepares our students for the complexity of global realities. We teach them not to take a text at face value, but rather to investigate everything critically. What could be more important in a digital age of information overload?