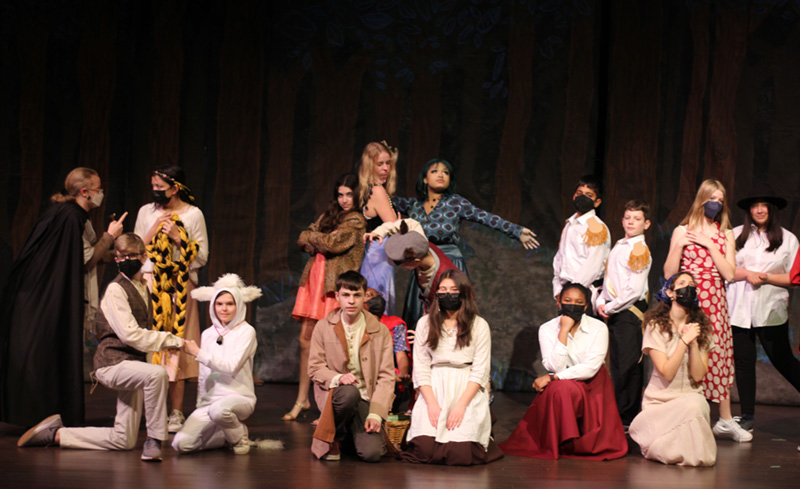 Middle school thespians journey Into the Woods in spring musical

The cow as white as milk,
The cape as red as blood,
The hair as yellow as corn,
The slipper as pure as gold.

These four items drive the frenetic fairy-tale of Into the Woods, the Middle School’s spring musical. Weaving in and out of familiar tales like Little Red Riding Hood and Rapunzel, the ensemble deftly introduces audiences to a plethora of characters who all enter the dark, enchanted forest brought to life in Gordon Parks Assembly Hall to pursue their wishes. But for these young thespians and their faculty fairy godparents, the chance to gather together to produce live theatre again is already a dream come true.

“The nature of theatre is that it is a live, collective experience,” explains Middle School Theatre Director and Drama Teacher Audre Budrys. “While we can enjoy many things on a video screen, it’s simply not the same as when we are all gathered in the same space, watching a story unfold before our eyes.” Audiences were similarly appreciative of the chance to come together during the performances April 29–May 1. Budrys describes one young audience member who was rapt with the performance rushing to meet all of the actors after the show as if they had just stepped offstage on Broadway. “One can only wish, for all of us, such a rich experience in the theatre!” says Budrys. 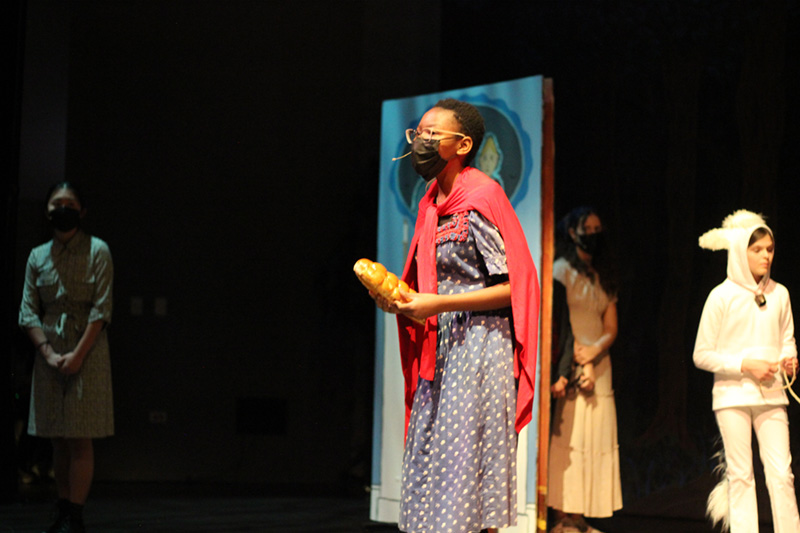 The magic of the performance is not conjured with the mere flick of a wand, however; months of practice and preparation made many demands of the student actors and tech crews. “At first, rehearsals may seem overwhelming—to stay after school for an hour or two to rehearse when homework awaits, not to mention social activities and family obligations,” says Budrys. But the process pays off as the cast and crew begin to work together, develop bonds, and challenge each other to grow. Budrys—along with music director Katy Sinclair, set designer Illia Mazurek, and lighting designer Lydia Schmidt—all feel proud to “have watched students make discoveries about their own abilities; about the power of their voices (literally their singing voices, but also their inner voices) to communicate and to share the deeper meanings of the play…Students often realize how much they are actually capable of, and walk away from the show with a more fully realized sense of their own abilities.”

As the characters of Into the Woods learn, sometimes the things you wish for pale in comparison to the things you learn in your quest to achieve them. Similarly, Budrys hopes the cast and crew hold onto the lessons and relationships they’ve found through the show long after the applause has faded. “As students were creating various characters or building fairy-tale locations, they were discovering something new about themselves while bonding across the grade levels as a theatre family,” says Budrys. “Into the Woods is about families—the ones we are born to, and the ones we create.”