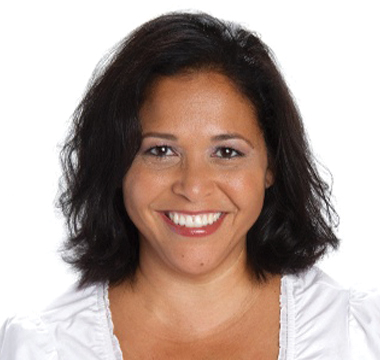 For the second time in three years, Lisa Washington Kuzel is among the 32 finalist educators who will be considered for the prestigious Golden Apple Award for Excellence in Teaching & Leadership later this spring, an award that recognizes teachers for their contributions to building a stronger, better educated society. In 2018 she was named a Golden Apple Teacher of Distinction.

“She adds so much to Lab as someone who understands kids and demonstrates a deep commitment to teaching,” says assistant principal Sarah Abella, “this expertise makes her a great mentor to new teachers. She faces each new challenge with an infectious enthusiasm that is contagious to those around her.”

Lisa has been teaching in the NK program at Lab for 29 years. Before coming to Lab, she taught at the Dalton School in NYC, and prior to that, spent four years at the UCLA Lab School.

The moment her son Daniel turned on Seesaw and saw Washington Kuzel on the other side of the screen smiling at him, Abbie Roth said her son “stopped screaming and I cried happy tears,” engaging not only students but their parents, as well. “Her voice was soothing and brought calm to all the craziness and uncertainty that has come with the pandemic,” Roth added.

A record number of nominations were submitted this year, totaling more than 708 from Pre-K through third grade teachers from 67 counties in Illinois.

Each Golden Apple Award recipient receives a tuition-free, spring quarter sabbatical to study at Northwestern University, a $5,000 cash award, and becomes a Fellow of the Golden Apple Academy of Educators.

Ten Laboratory Schools teachers have received the award, since it was first presented in 1986, the most of any school in Chicago.