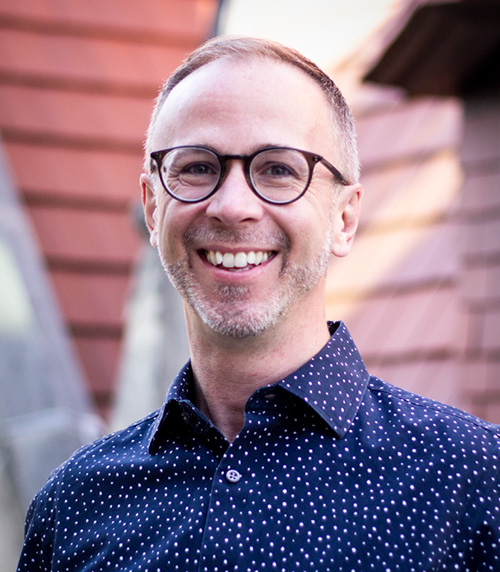 Aimone is known to be among the most influential advisers and journalism educators in the state. It was a tribute to him and his work that so many of the 25 or so attending the Zoom presentation were former students of his.

“Journalism has helped me understand new concepts and navigate interacting with people who have very different backgrounds than my own” writes alumnus Emma Trone, ’19, in her letter of support for Aimone’s nomination. “I think that speaks to Mr. Aimone’s teaching style. While the immediate application of his lessons was to produce the paper, he always pushed us to see the broader applications and implications of what we were learning. Mr. Aimone provided me with the tools to be adaptable and to see the world both critically and thoughtfully.”

Nominations for the award come from members of IJEA, and the recipient is selected by a journalism educator from outside Illinois who agrees to judge the contest.

“Logan’s diverse and deeply impactful work both within his own journalism program and outside of it (at state and national levels) have promoted positive changes in scholastic press rights for years,” writes this year’s judge. “In a year that warranted it, colleagues and students describe his reflective resilience and motivation to innovate through challenging circumstances. His drive for expanding and sustaining First Amendment rights for scholastic journalism programs is invaluable.” 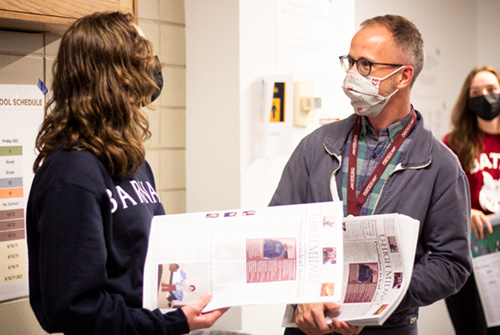 The James A. Tidwell Award for Excellence in Scholastic Media Education is awarded annually by the Illinois Journalism Education Association, which is the statewide organization for high school  journalism teachers/advisers and their students. James Tidwell was former department chair in journalism at Eastern Illinois University and one of the founders of IJEA in 1988.