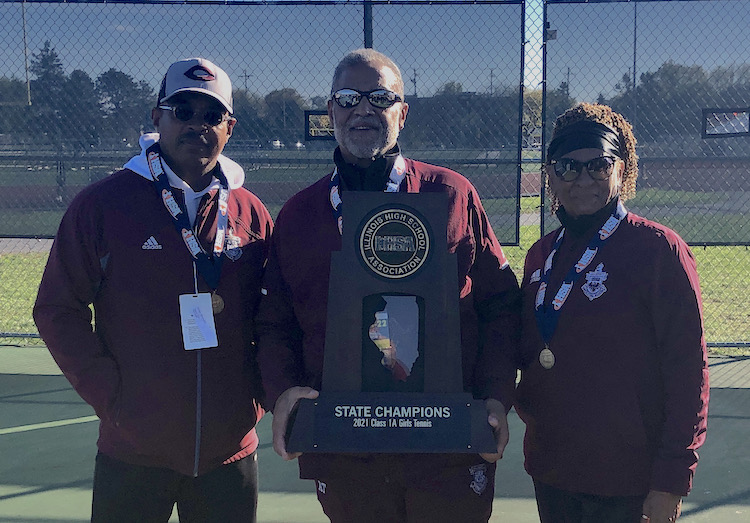 After their wins at the Independent School League Championship and Illinois High School Association (IHSA) Sectional Championship, the Lab girls tennis team entered the three-day IHSA 1A State finals as the team to beat. Girls tennis has been consistently dominating throughout the 1A season, rising to the top of the 161 teams that entered. Our athletes didn’t disappoint in the finals, scoring 39 points to clinch the title of state champions.

This title marks the second for girls tennis—the team also brought home the trophy in 2019, the last year the championship was held. Fourth-year Emma Baker made history by bringing home Lab’s first individual State Championship in girls tennis. A Lab athlete hasn’t won an individual recognition of this caliber since 1996, when Amber Arthur ’96 won the IHSA State title for the triple jump. Other top performers at this year’s championship included the doubles team of Emilee Pak & Sophie Baker, who made the finals in doubles, third-year Kriti Sarav, who made the elite eight in singles, and Paola Almeda & Layla Shah, who qualified for the elite eight in doubles.

This win is especially meaningful for head varsity coach Dawuad Talib, who was recently honored by the IHSA as the 2020–2021 Girls Tennis Coach of the Year. With his leadership over the past 8 years at Lab, as well as that of JV coach Asa Townsend and Frosh/Soph coach Sharon Flamon, the girls team were able to realize this historic win.