Literacy learning at Lab took a compelling turn this year as first graders were introduced to the alphabet in a new and creative way inspired by the work of Frédéric Bruly Bouabré (1923–2014), a pioneering Ivory Coast artist who committed his life to studying and memorializing his native Bété language by creating a syllabary depicting daily life on a series of cardboard squares. The pieces, all created on found paper, portrayed images of Bouabré’s community, rituals, and everyday objects that represented the letters and sounds of the language.

Based on Bouabré’s work, academic specialist Lydia Siddique and first-grade counselor Kate Surmeier designed a curriculum for students to create their own classroom syllabary that, like Bouabré’s work, marries visual imagery, phonological awareness, and identity keywords. 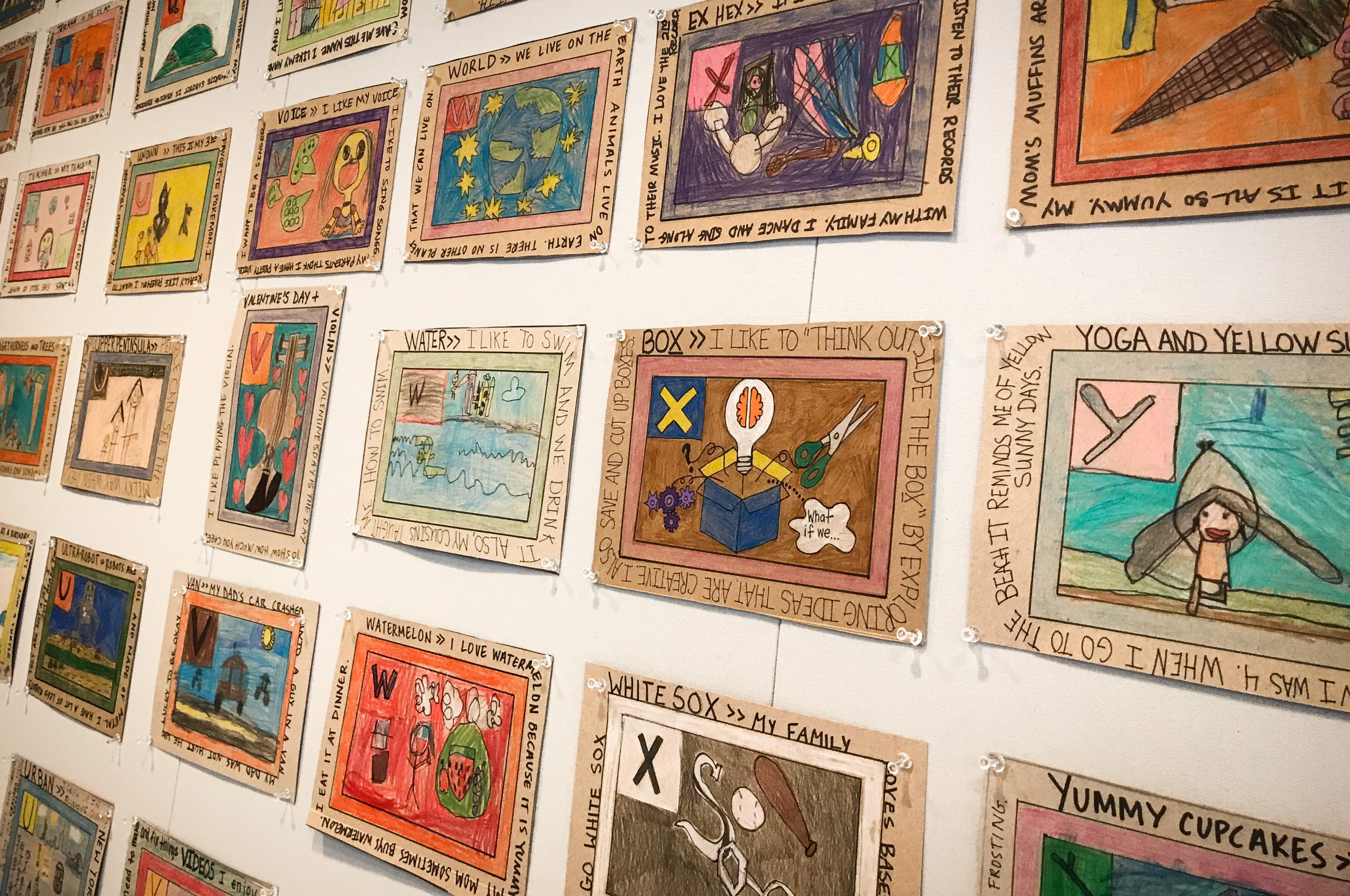 This wasn’t your transactional a–apple-/a/, b-banana-/b/, c-cat-/c/ phonetic learning. Though learning to echo letter-sound-keyword was still an important part of the process, “it’s the personal and communal engagement of exploring each letter as it relates to the child’s and classroom’s identity and experience that made learning the alphabet this year a little more “stickier,” more memorable, and ultimately more meaningful,” Surmeier says.

In addition to phonetic skill-building through the use of letter-sound-keywords, this relational approach to literacy learning activated early critical thinking about self and others as the children personalized keywords important to them. So A might not be apple, but might be Amazon; B might not be banana, but might be Barcelona; and so on. 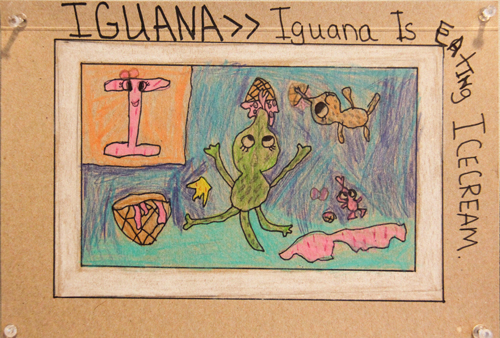 After being introduced to Bouabré’s work, students were challenged to make alphabet cards in similar fashion. “Students were randomly assigned a letter and asked to generate keywords that were meaningful to them. “It was our hope that if we personalized the phonics instruction, and gave students ownership, it would be more memorable and engaging,” Siddique says. Soon, students were learning about one another’s interests and making connections between letters to words, to experiences, to self, and to each other. The project naturally fostered community and broadened students’ awareness of one another. In addition, they were excited to make art from recycled cardboard just as Bouabré did.

First grade faculty and staff also wanted in on the fun and made their own alphabet cards. Surmeier noted that as her colleagues turned in their cards for the exhibit they remarked on how much they enjoyed the process of making their cards and thinking about what they wanted to share about themselves with the larger community.

The alphabet card exhibit is currently on display at the Earl Shapiro Hall second floor east side gallery through Friday, December 16.