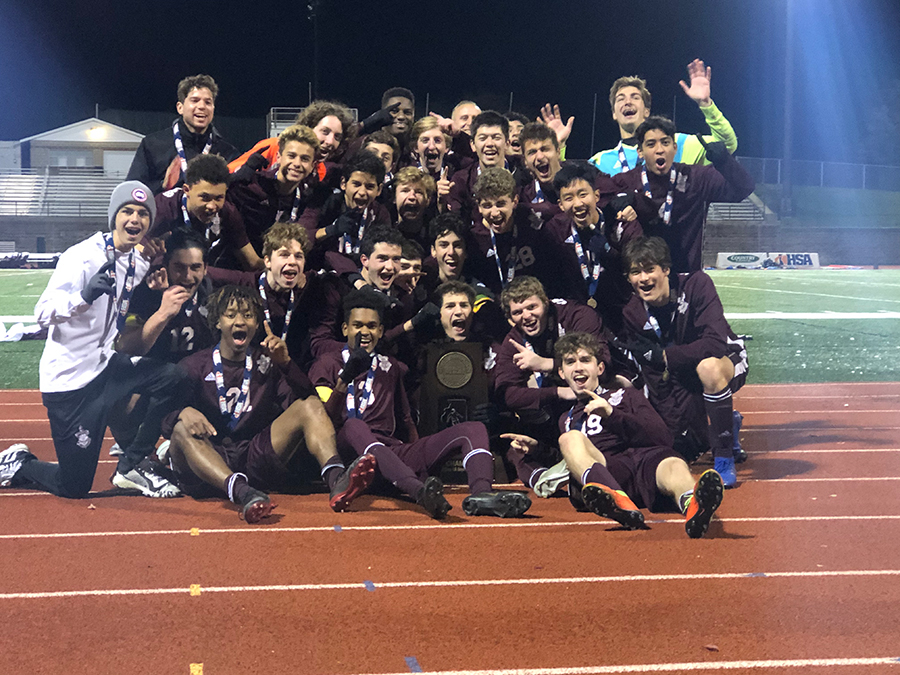 The Maroons were behind at half-time 1-0 on a very nice goal from #22 Myles Paniagua, of the Explorers at the 17:10 mark of the game. The Maroons came out strong in the second half, putting strategic pressure on the Marquette side. At the 68th minute Jaden Lynch slotted a ball from the center of the penalty box to Stanley Shapiro on the left side, who found the upper right corner of the goal to tie the score. With eight minutes remaining, Nolan Issa crossed the ball from the right side that deflected off a defender to Alex Bal who shot the ball to the upper left corner of the goal, much to the delight of the huge partisan crowd gathered to support the Maroons.

The Maroons finished the season with 22 wins, three losses, and two ties, winning 19 of their last 20 games. There were 175 teams that entered the IHSA Class A boys soccer tournament three weeks ago, today the Maroons are #1.