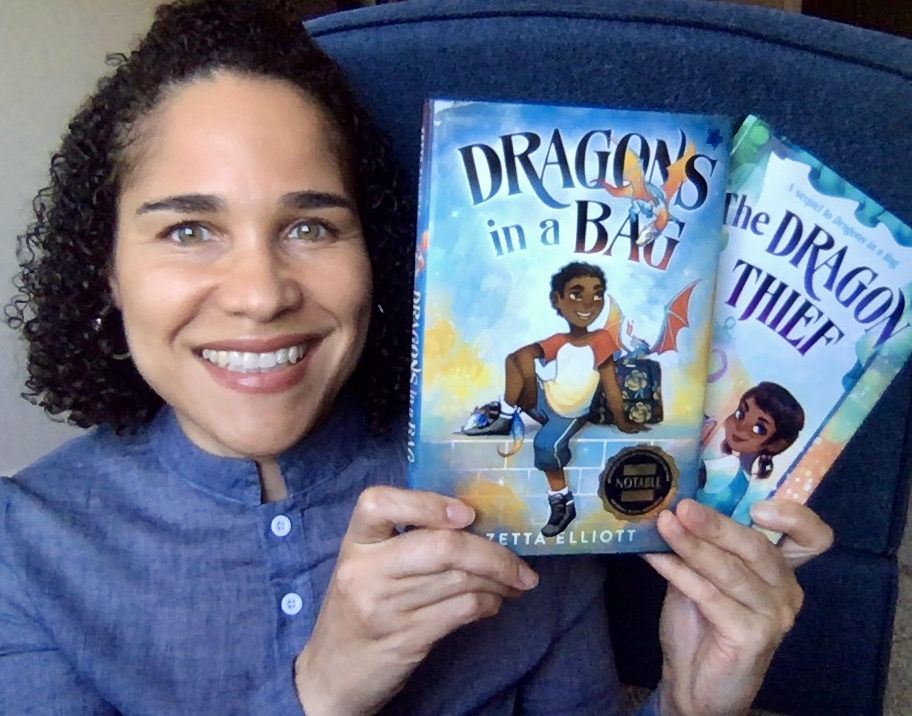 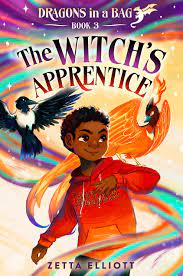 “When you don’t get to see yourself in a story, you start to feel invisible,” award-winning Black feminist author and educator Zetta Elliott told Lab students on a virtual author visit on January 20. Elliott spoke with 122 Lab families to celebrate the release of The Witch’s Apprentice, the third installment of her best-selling Dragons in a Bag series. The presentation, which was co-organized by the N–2 and Lower School libraries, covered everything from her process of writing, editing, and publishing her books to her experiences growing up as a young Black girl in rural Canada, where she was sometimes punished for telling tales to her classmates. “I learned early on,” Elliott recounted, “that to be a storyteller sometimes means being a troublemaker.”

Elliott’s passion for writing developed at an early age, when she devoured books like The Secret Garden, The Phoenix and the Carpet, and The Lion, the Witch, and the Wardrobe. While she loved the magical worlds she found in their pages, she struggled to see herself in these narratives, because, as she put it, ”there were no little Black girls in Narnia.” And while the publishing industry has made progress since then to represent a more diverse world, there are still massive inequities. In a survey of children's books that were published in 2018, the University of Wisconsin-Madison found 50% centered white children, while only 10% focused on African or African American characters. Meanwhile, 27% of stories featured animals or nonhuman characters, making it easier to find stories about black bears than Black children.

These disparities have inspired Elliott to write over 40 books for young people, most of which feature heroes of color. Another source of inspiration came from closer to Lab—specifically, the Breonna Taylor memorial started by Lab students on the Midway last year. After hearing how students created artwork that was subsequently vandalized, Elliott was moved to depict the memorial in The Witch’s Apprentice. “It has been amazing,” Early Childhood Librarian Elisa Gall shared, “talking with the children about how their leadership and action—led last year by students of the Snake Room and teacher Tracy Aiden—will live forever on the page.”

Hearing Elliott’s perspective was eye opening for not only the children who attended the talk, but also the librarians who organized it. “I knew that it was important that children see themselves represented in books,” said Lower School Librarian Susan Lempke, “but when she talked about the joy she felt when she DID see herself, that really brought it home how hungry she was for that and how fundamental that is for children and their experience of books.” Gall agreed, saying, “Zetta Elliott’s talk—and work—is a reminder of the power of story and how important it is that everyone has access to affirming and respectful representation. Her talk validated the goals our libraries strive for in evaluating materials critically using anti-bias frameworks, ensuring equitable representation, and removing barriers to access.” As Eliott’s talk concluded, everyone in attendance could agree with the author when she said, “Everyone has a story to tell.”