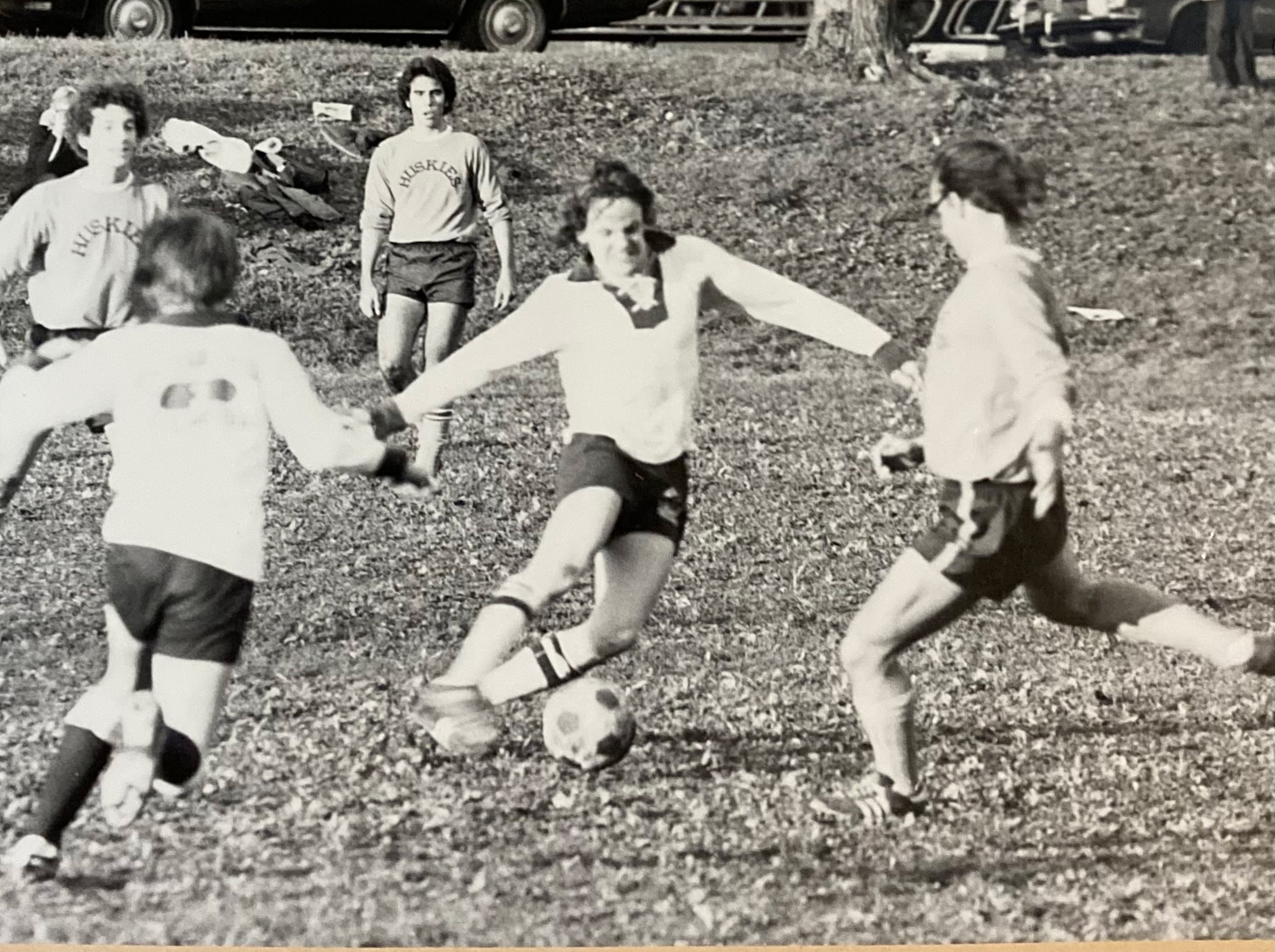 A four-sport athlete at U-High in soccer, basketball, baseball, and tennis, John Naisbitt was named ISL All-Conference and won IHSA All-State honors in both soccer and basketball, leading both teams as one of the team captains. His sophomore year, he and Hall of Fame partner in tennis, Bobby Solomon, went undefeated 11-0, winning the ISL doubles championship in 1978.  John played two years of NCAA D1 soccer at UMass Amherst after graduating. Naisbitt is an Illinois High School Tennis Coaches Association Hall of Fame member for his expert coaching, leading the Hinsdale Central Red Devils to ten IHSA State Championships over the past fifteen  years. John was nominated as National Coach of the Year in Boys Tennis in 2018 and in the classroom, John was selected for the prestigious Golden Apple award for excellence in teaching.