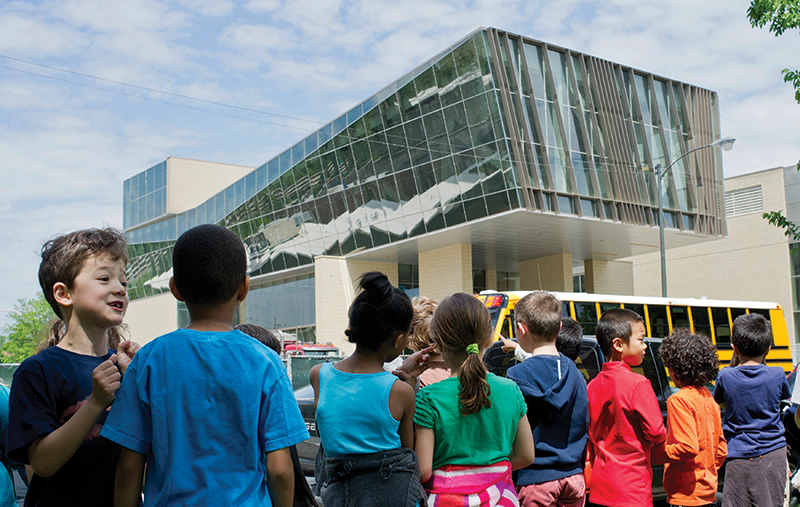 The Early Childhood Campus built on Stony Island Avenue was named in honor of the late Earl Shapiro, '56. A landmark addition to the Laboratory Schools, the campus was designed specifically for children from nursery through second grade. Among other benefits, the state-of-the-art facility allows students outdoor access from classrooms, indoor spaces suited for a range of simultaneous activities, and thought-provoking settings that enhance the flexible interactions at the heart of the schools' educational philosophy.

Earl Shapiro Hall was a key component of the Schools' Lab+ Campaign, an initiative that helped maintain the diversity so central to the Lab community while allowing for transformative improvements to every aspect of the Schools' programs and campus.

"This was a rare opportunity for an institution like the Laboratory Schools to tailor its facilities to its nationally recognized educational program," says University President Robert J. Zimmer. "The Shapiros have been leaders in seeing that potential and seizing that opportunity. It is fitting that Earl Shapiro's memory will be associated for generations to come with this important center of learning."

In 2008 the Shapiro family—Earl's wife, Brenda, and their children Matthew, '84, Benjamin, '86, MBA'94, and Alexandra, '90—gave a $10 million gift to the Schools, citing the unique combination of talented and diverse students, outstanding teachers, and a focus on critical learning. Earl Shapiro died shortly after the family gave the gift in his honor.

"Our father would have been very pleased with this building and the entire Lab+ project, as organizations thrive only if there is constant reinvestment," says Matthew. "This building represents a reinvestment in not only the Schools but the University, Hyde Park, and the city of Chicago, all of which the Shapiro family holds dear. Associating our father's name with one of the finest educational institutions in the country is befitting of the man that he was."

Matthew explains that in both business and philanthropy, the family has held to values that were a part of their Lab educations—honesty, the importance of education, and the focus on giving back to the institutions that are important to you.

Designed by Joe Valerio of Valerio Dewalt Train and FGM Architects as the architect-of-record, Earl Shapiro Hall was planned to optimize the Reggio Emilia approach to learning, an educational model that shares some of the ideas of Lab founder John Dewey. In that approach, the learning environment is meant to be another teacher, stimulating natural curiosity, and providing room for independent action. 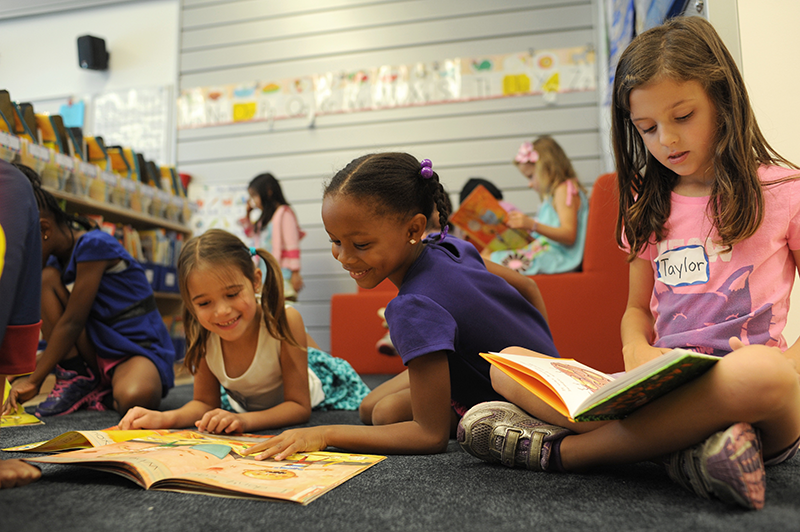 Construction of the Early Childhood Campus was completed in 2013. The expansion has allowed the schools to continue to maintain a diverse student body at a time of unprecedented demand both within the University community and among families from the neighborhood and across the city. As Lab becomes one of the largest independent schools in the nation, it will also have the scale to invest in more specialized programs for students.