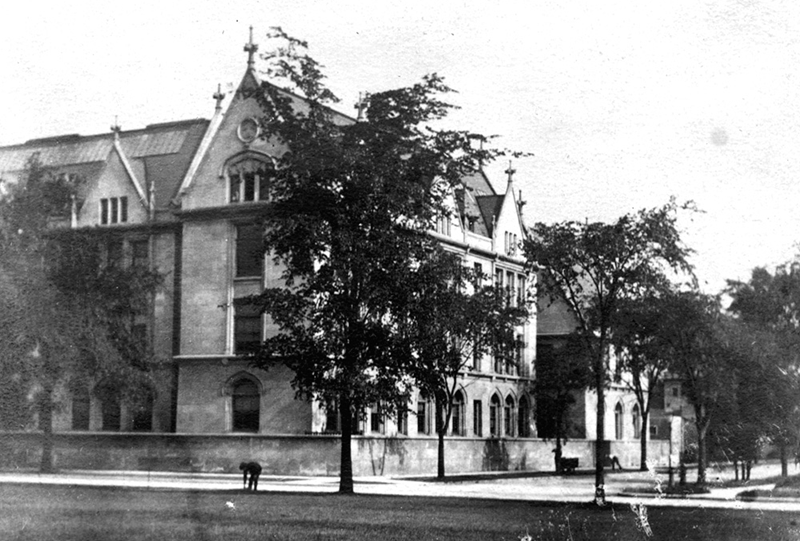 Aside from parental influence, there is no doubt that for early training I shall be undyingly grateful for my ten years...at the University Elementary School. There, instincts of curiosity and perception were sharpened. ... They were happy years of adjustment to the world I would live in.
—Carroll Mason Russell,
The University of Chicago and Me, 1901–1962 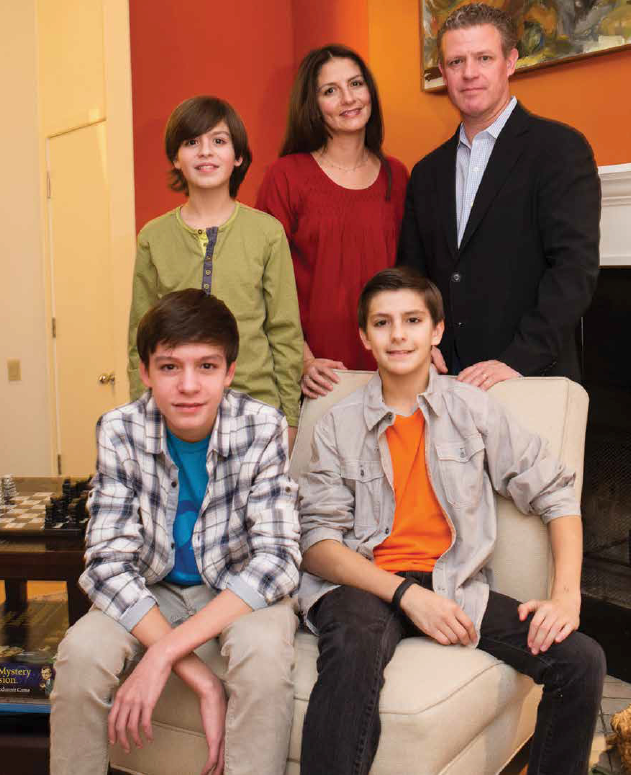 For Paul and Mariana Ingersoll, the decision to send their three sons to Lab was a matter of family history. The decision to support Lab philanthropically, however, has everything to do with Lab's present and future.

All three of their children came to Lab in 2007. It wasn't easy to move the children from the public school they had attended. "For all our ties to the University of Chicago, leaving was a difficult decision," says the elder Paul Ingersoll, MBA'06.

In the end, Mariana Ingersoll says, "The family history just won out."

It is an extensive history. Although Paul attended Lab only through first grade, when his family moved to the suburbs, his mother, Ann Ingersoll, is a 1947 graduate. And his grandmother, Carroll Mason Russell, '15, SB'19, was a member of Lab's very first kindergarten class, which entered October 1, 1903. His great-grandfather—Carroll's father, Arthur Mason—served as president of Lab's Parents' Association in 1914–15.

The latest generation of Ingersolls has continued the UChicago tradition. Paul and Mariana's children, having spent years at Lab, don't know anything else, their father says. "It's hard to explain to a middle-schooler how lucky he is," he says. "But we've been very pleased by the experience. We're definitely boosters."

Lab's close ties to the University and its "ridiculous amount of resources" have been strong academic benefits, Mariana says, "whether it's a parent who's bringing in a dissected sheep skull or a parent who's a writer and talks about her writing process." The Ingersolls also appreciate Lab teachers' "free rein" to manage their classrooms and take lessons in different directions based on students' interests.

Feeling so fortunate to have their family at Lab has driven the Ingersolls' involvement in the Schools—and their desire to help expand access to Lab to a greater variety of students.

Both Mariana and Paul are Chicago-area natives: she emigrated from Mexico as a young child with her family and graduated from Lane Tech High School and UIC. He went to New Trier High School, known for its academic and extracurricular resources.

"At New Trier, when they did a version of Pippin, they would get the costumes from Broadway," Paul says. "And then you hear about other schools where they don't have money for music."

When their own children started school, Mariana and Paul came to understand the city's deep educational inequities. "Growing up in Chicago, then spending all this time looking for schools, we're well aware of the importance your neighborhood can play on the quality of your education," Paul says. "Lab has wanted to broaden the base of students. Now with the addition of Earl Shapiro Hall, it can."

Mariana served as co-chair of Lab's Connections fundraiser in 2011, which helped fund student aid and teacher development. The work led Mariana in particular to become more involved in philanthropy for financial aid and she has championed Lab's expanding partnership with the nonprofit High Jump, which provides academic enrichment for area seventh and eighth graders of limited economic means "When you have your kids attending a private school," Mariana says, "you want their school to be a reflection of the city they live in."

The Ingersolls support Lab philanthropically because they want to strengthen and diversify Lab's community while providing opportunities to more students. Another reason for their involvement comes back, unsurprisingly, to family.

Paul and Mariana have tried to teach their children the importance of giving, and build awareness of how fortunate they are, from an early age. "As city kids, you see a lot of stuff," Paul says, "and it prompts a lot of conversation."

With a few years ahead before it's time to decide on college, Paul, Sebastian, and Julian don't know if they'll follow in the footsteps of their great-grandparents and attend UChicago. But between having classmates whose parents are on the UChicago faculty and hanging out at Chicago Booth's nearby Harper Center after school, the boys already feel like part of the University community, just as Carroll Russell did. In the meantime, they have all found a home within the Lab community.