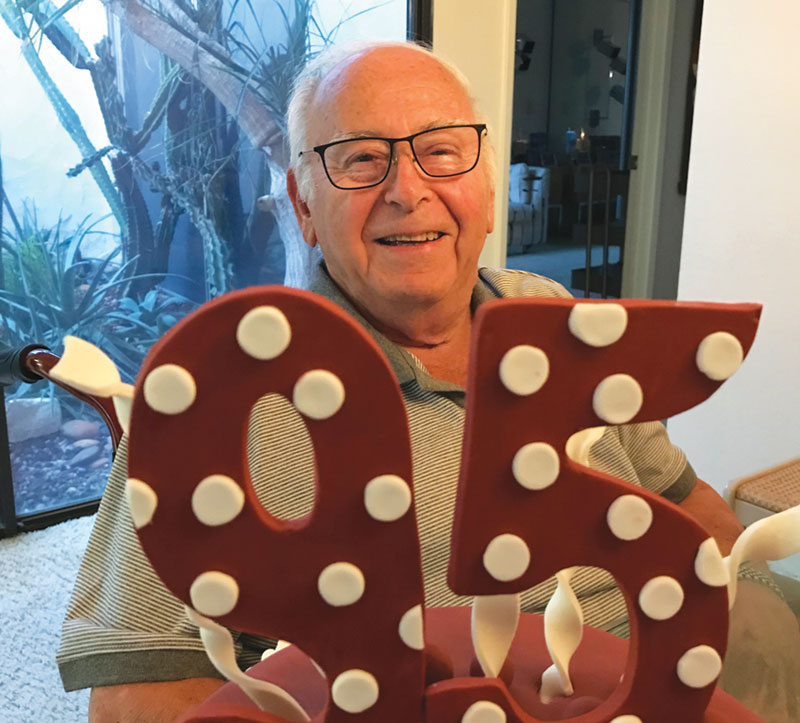 Michael Weinberg, ’41, AB’47, made his first gift to the University of Chicago at age 16, while still a student at Lab.

It is no surprise that Michael chose to support the University when he began his own early journey as a philanthropist; he was born at the University’s then-named Chicago Lying-In Hospital and started school in Hyde Park at age four. At U-High, he served as president of his class and editor of the Midway. For decades, he has split his gift among the general University fund and the schools he attended: the Laboratory Schools, the College, and Chicago Booth.

Michael’s mother, Leila Eichberg Weinberg—a 1919 Lab grad herself who went on to lead many University, Jewish, and civic organizations and support other causes in Chicago—had instilled in him from an early age the importance of philanthropy. Building on his mother’s example, and driven by his own passion, Michael became a lifelong contributor to the University of Chicago.

This year, Michael will make his 80th consecutive annual gift to Lab and the University. He has also made a bequest to the University. Supporting such a great institution, he says, is “almost like supporting family.”

Looking back at what Lab gave him, Michael says his time at Lab taught him to be curious and to always look for more information, first by reading encyclopedias and other books and later online. At 95, he remembers many Lab educators fondly, including a biology teacher who used to bring students apples and honey from his farm.

Michael has spent the last seven months weathering the pandemic at his family’s home in California and in Highland Park. To all the Lab students in school this year, whether in-person or remote, he says, “The faculty at Lab has always been remarkable. Look to them for inspiration. There are wonderful things to learn at Lab, even during the pandemic.”