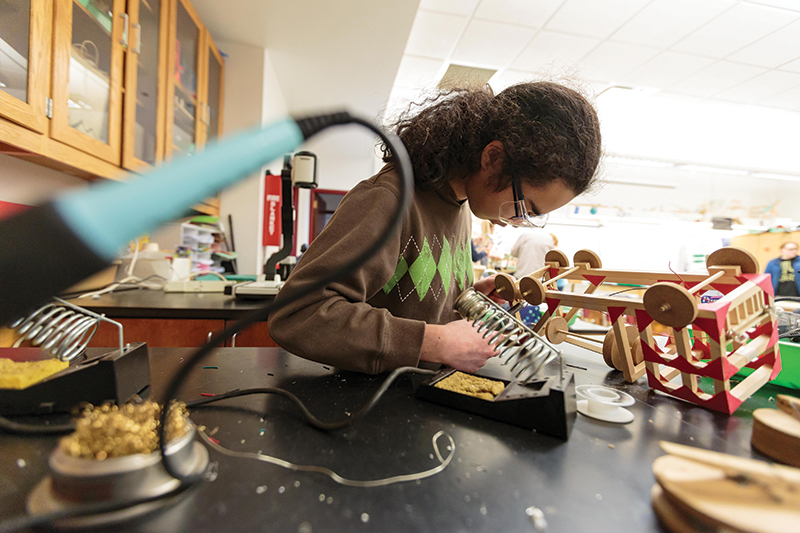 A strategic shuffling of the Middle School science curriculum moves "the car project," traditionally part of the sixth-grade Lab experience, to the eighth grade. 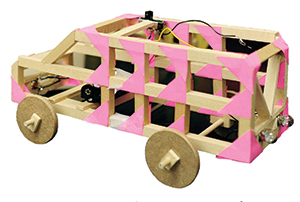 The goal remains the same: to design and build a foot-long car—basswood frame, electronic circuits, two batteries—that can move forward and in reverse and flash its headlights. In older hands and minds, however, this challenge opens up new pedagogical possibilities as students have the advantage of additional math knowledge. 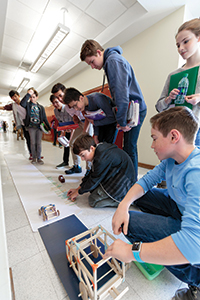 Things get rolling with a unit on Newton's laws of motion. Students test basics on inclined planes, and then move into electricity and magnetism when it's time to tinker under the hood.

One student redirects some of the power from the lights to the wheels, upping the vroom factor without burning out his motor. Another student "teaches" her car a neat trick: to roll over and continue moving on a second set of wheels on its roof. Further out the whimsy spectrum: an ice cream truck with flip-down counter and, compliments of a chip transplanted from a birthday card, its own miniaturized siren song.