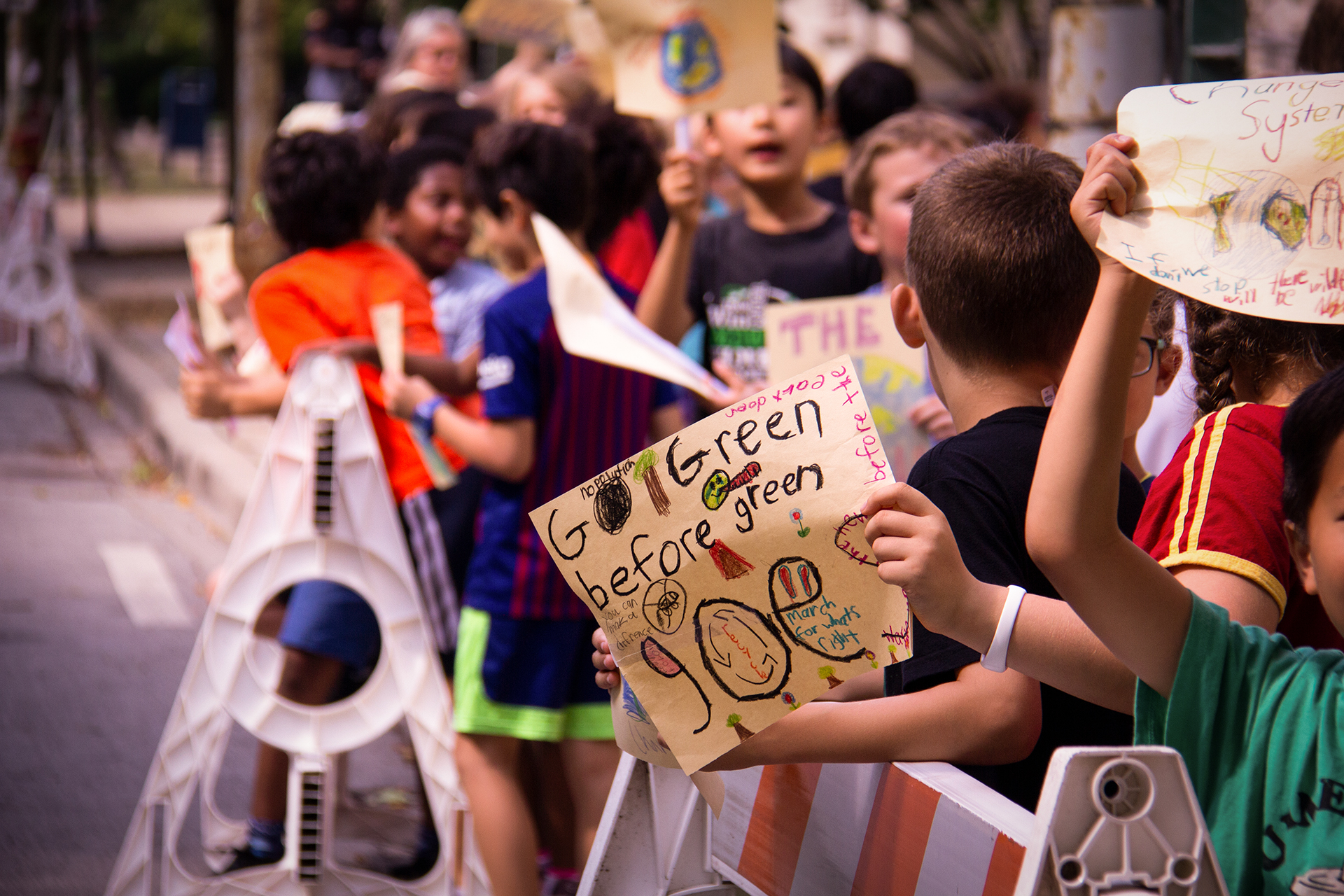 At the beginning of the school year, students from the Lower School took to the streets and the common areas around the Historic Campus, in solidarity with their peers worldwide, for the Global Climate Strike. One class wasn't content to just hold up signs by the side of the road, they're learning to be problem-solvers, after all.

The equation is simple: be visionary + have solutions = become a solutionary. That's what fourth graders in Ginger Phillips' class became when they decided to tackle human problems, like climate change, with biomimicry—a practice that learns from and mimics the strategies found in nature to solve human design challenges.

Want to find a solution for traffic jams? Investigate barn swallows. Want your house to adapt to humidity more effectively? Study pine cones. Want to increase the capacity of your wind turbine? Check out the design of the blue whale fin.

The assignment: Solve a human or animal problem by constructing a prototype from biological design.

During the problem identification phase, students worked with colLABorator parent Matt Murphy to understand how he solved problems using artificial intelligence. He advised them to think of things that make you angry or frustrated. Students then brainstormed problems at Lab, in their neighborhoods, Chicago, and the planet. 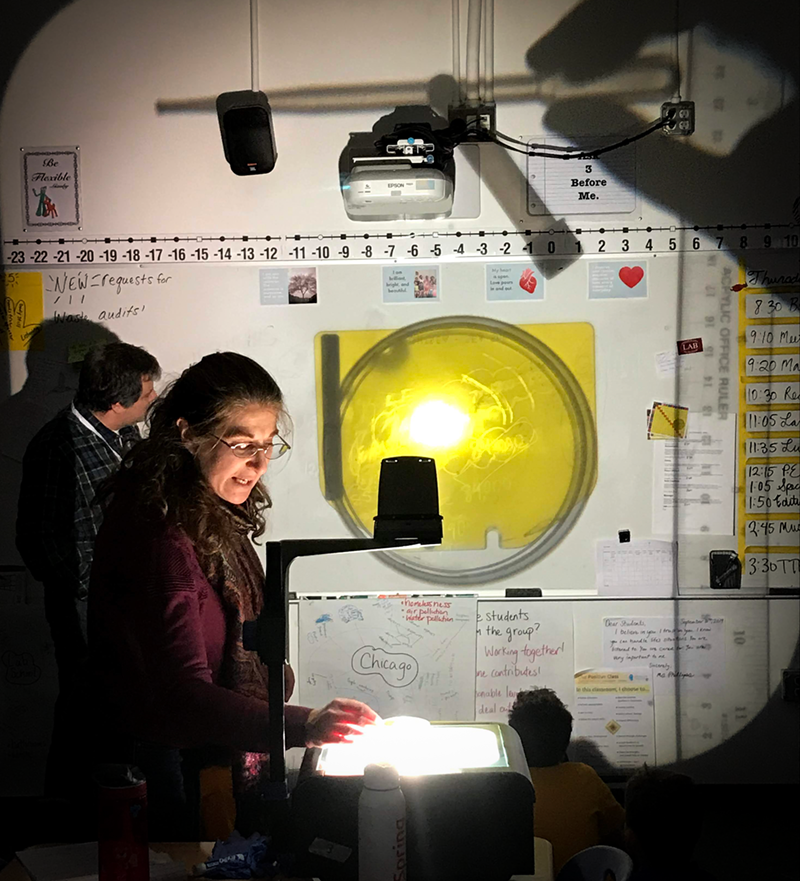 As inspiration for their designs, students spent the first half of the semester outside researching the biological strategies that animals and plants deploy to survive. ColLABorator parent and University of Chicago researcher Jocelyn Malamy visited the classroom to share her research on jellyfish, demonstrated how they can split into two halves, and come back together as a whole—all without scarring. Deploying this strategy in health care applications to reduce or eliminate post-injury scarring is a form of biomimicry. 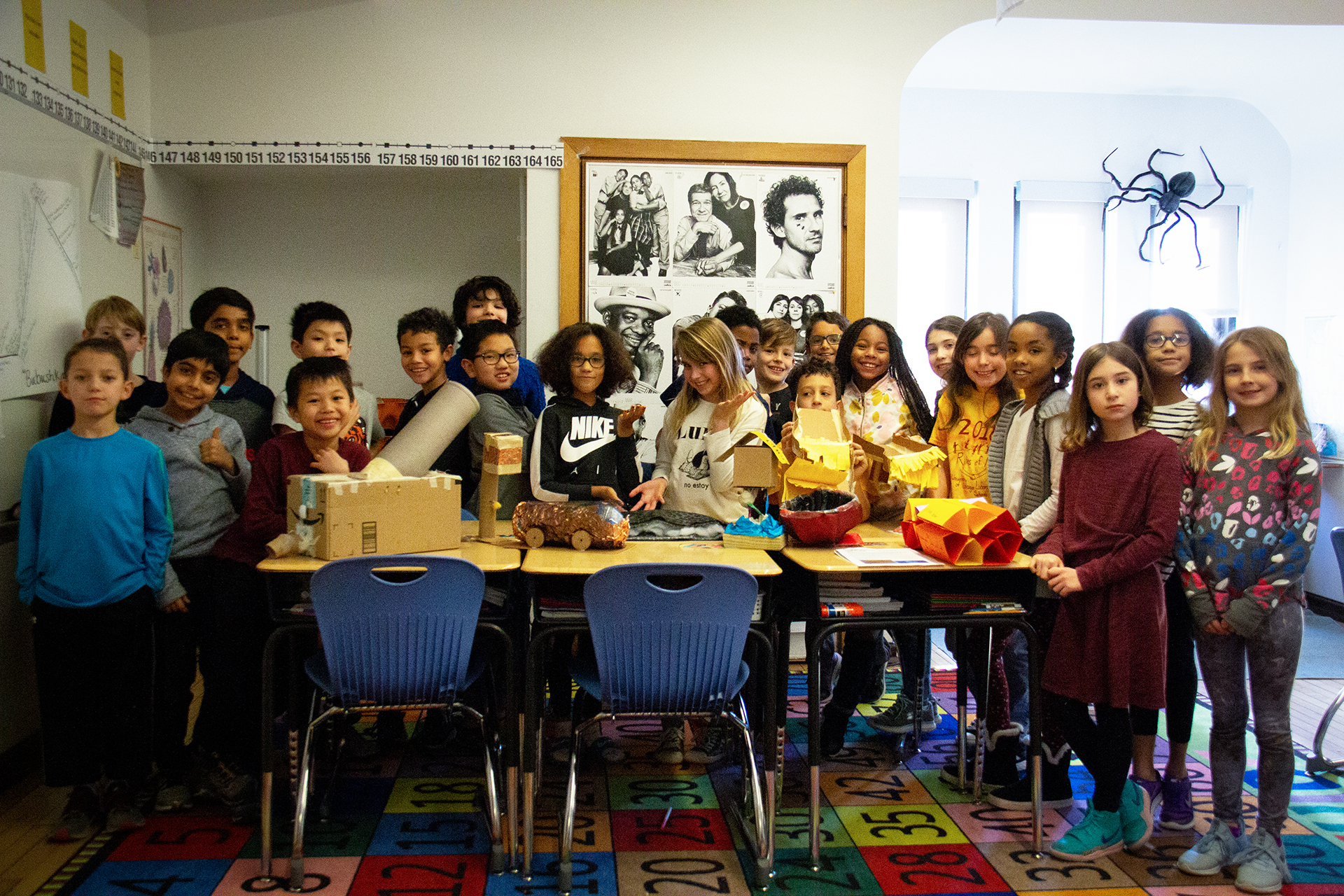 Former Lab teacher Bertha Morris Parker argues in the introduction to her 1925 Book of Plants that by exposing children to concrete examples of environmental adaptation like "plants that eat insects," and "roots that grow up into the air," as well as detailed [and often, in-person] accounts of the work of scientists, shows them "something of the scientific method of attacking problems." 95 years later, this tradition continues at Lab.

In addition to designing and building prototypes, students were required to write a five paragraph paper about their solutions and present them at the Nature's Innovators fair held in the Lower School in December.

Here are a few of the fourth grade biomimicry projects and their thoughtful solutionary biological designers: 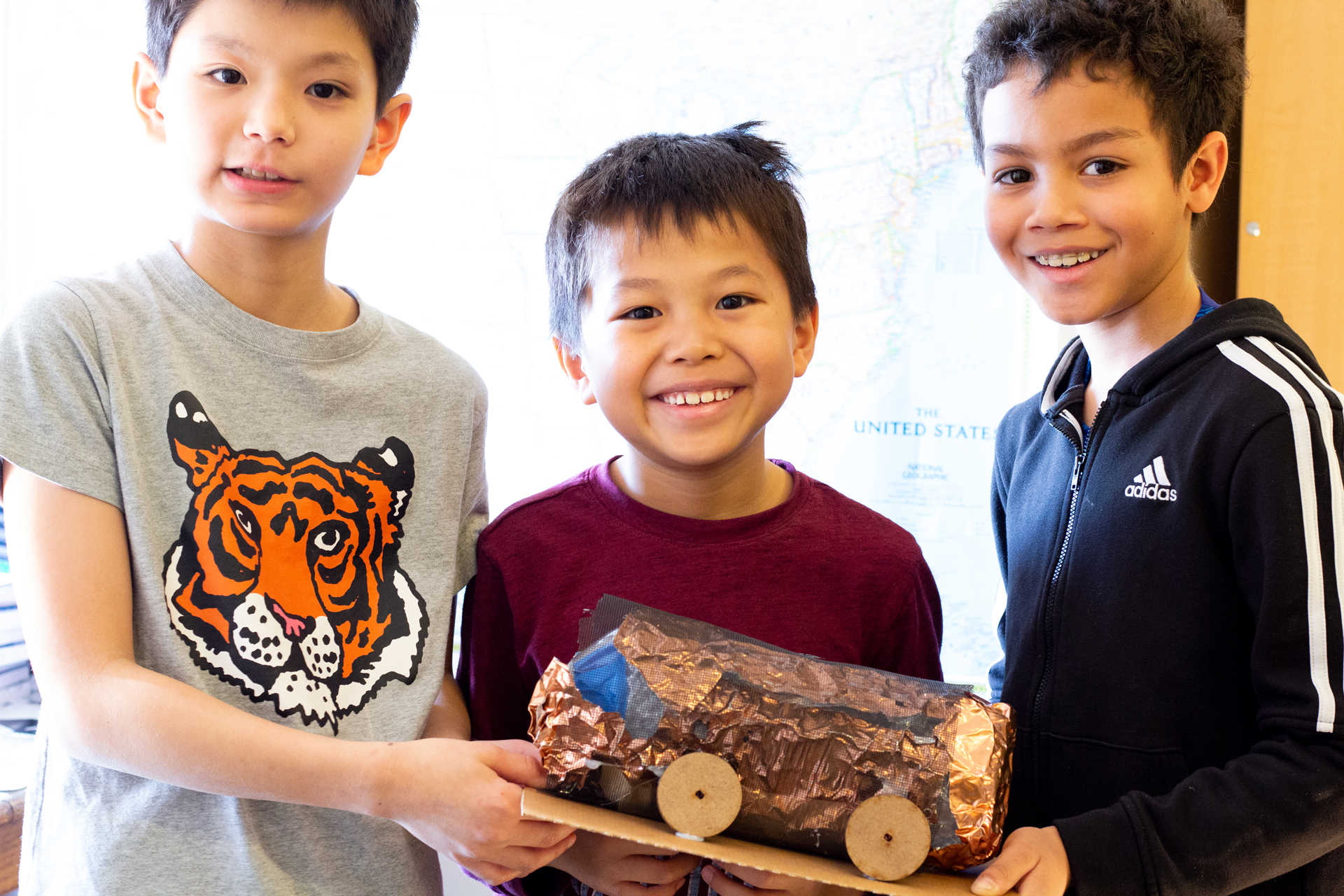 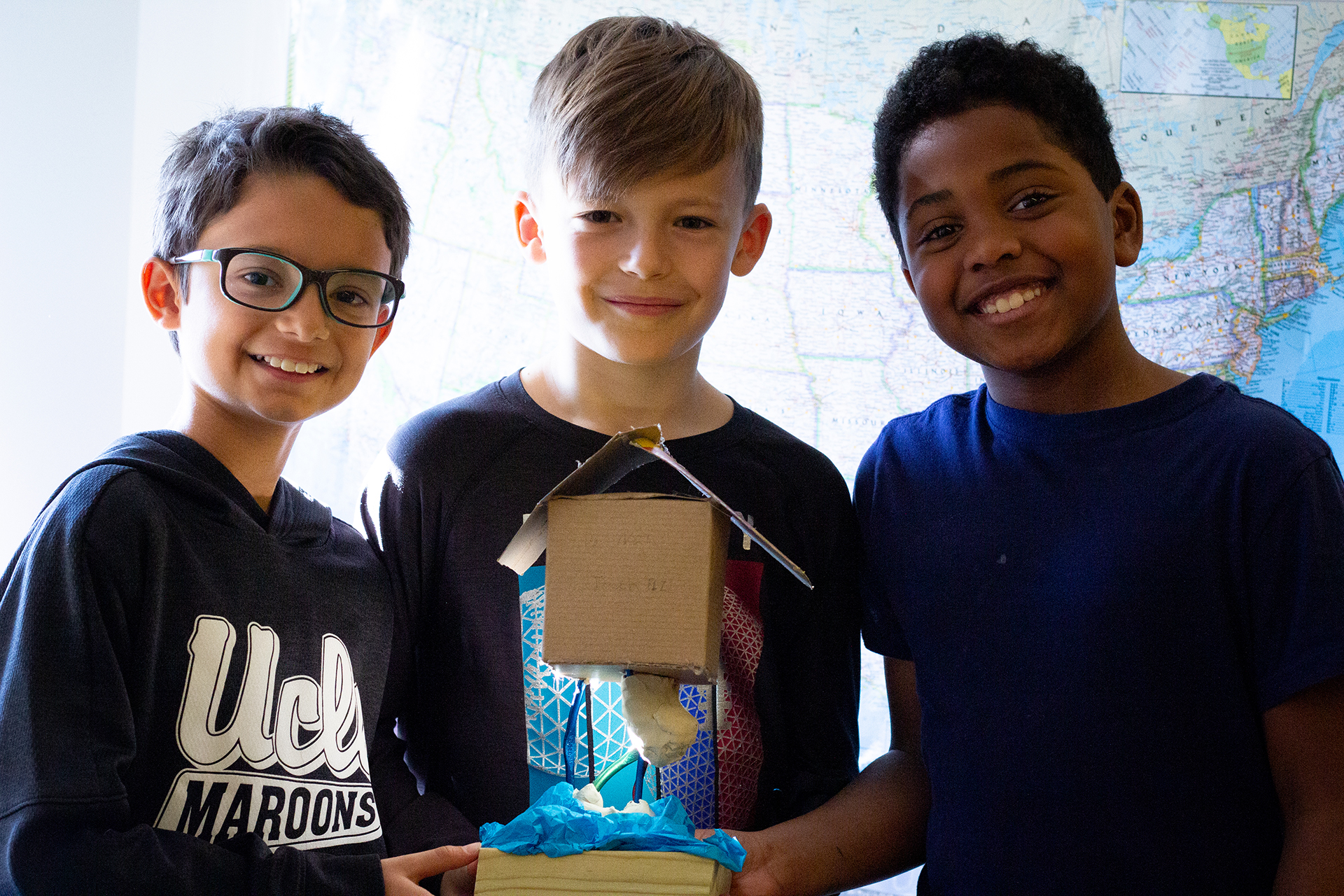 Mangrove Tree House
Solutionaries: Zeidan, Jack, Jay
Problem: Stronger coastal homes to withstand extreme weather events, like hurricanes, due to climate change
Biological strategy: The root system of Mangrove trees remove excess toxins as well as desalinate water. The Mangrove tree house would be able to capture and filter its own waste.
Sustainability strategy: By using the Mangrove root system as its foundational structure, this house would provide cover in most coastal areas. As the water rises, the strength of the root system will protect the house during extreme weather events like hurricanes in coastal areas. 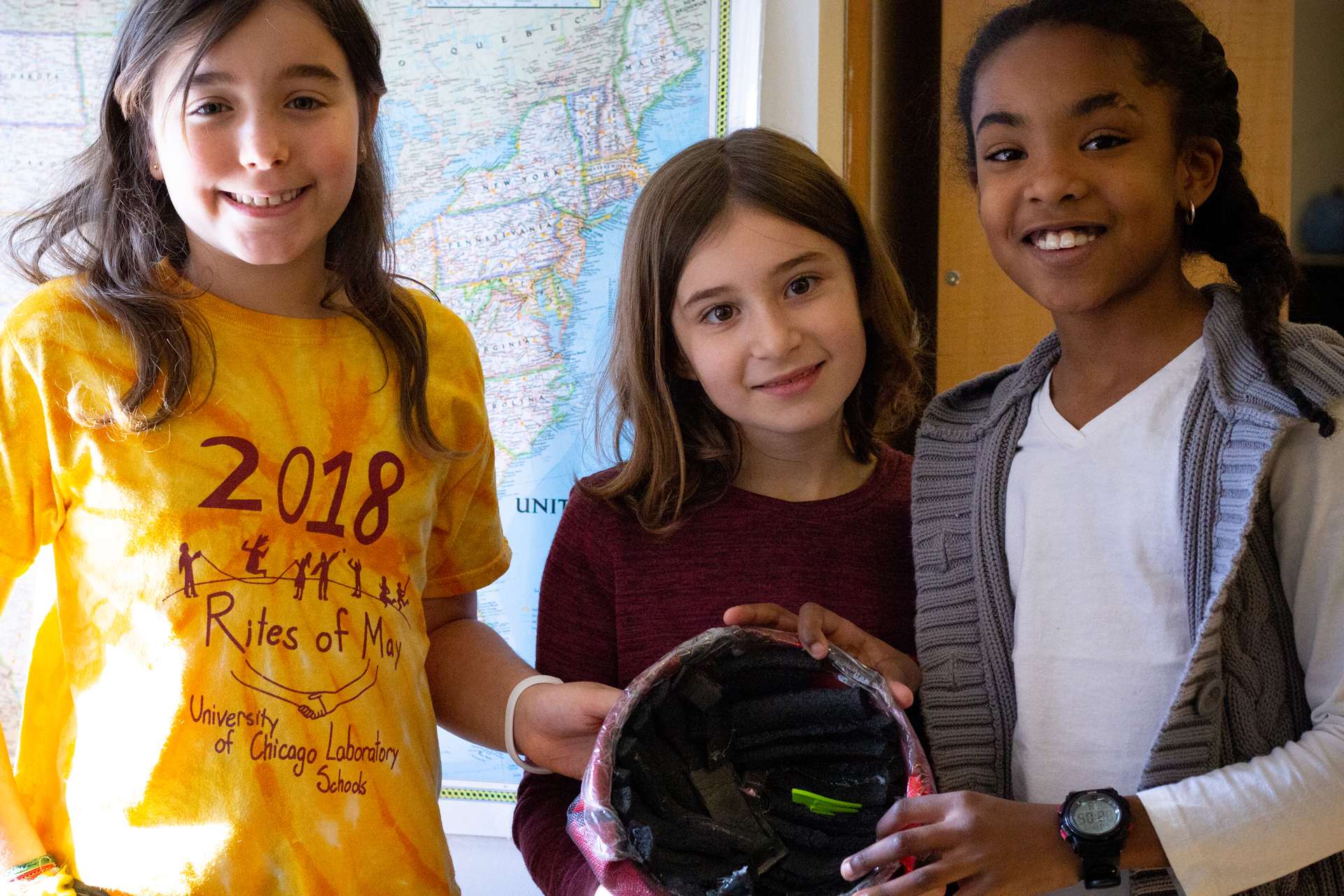 The Plastic Picker
Solutionaries: Lilah, Maeve, Layla
Problem: Plastic pollution in oceans
Biological strategy: The Bladderwort can capture small prey by using its flexible trap walls to allow for ultra-fast suction. The captured prey is then dissolved by digestive enzymes and absorbed into the plant.
Sustainability strategy: The plastic picker will float in ocean water and will capture and remove any plastic it comes upon, acting as a self-cleaning mechanism for oceans where plastic garbage tends to accumulate. Marine and other biological wildlife are resistant from capture. 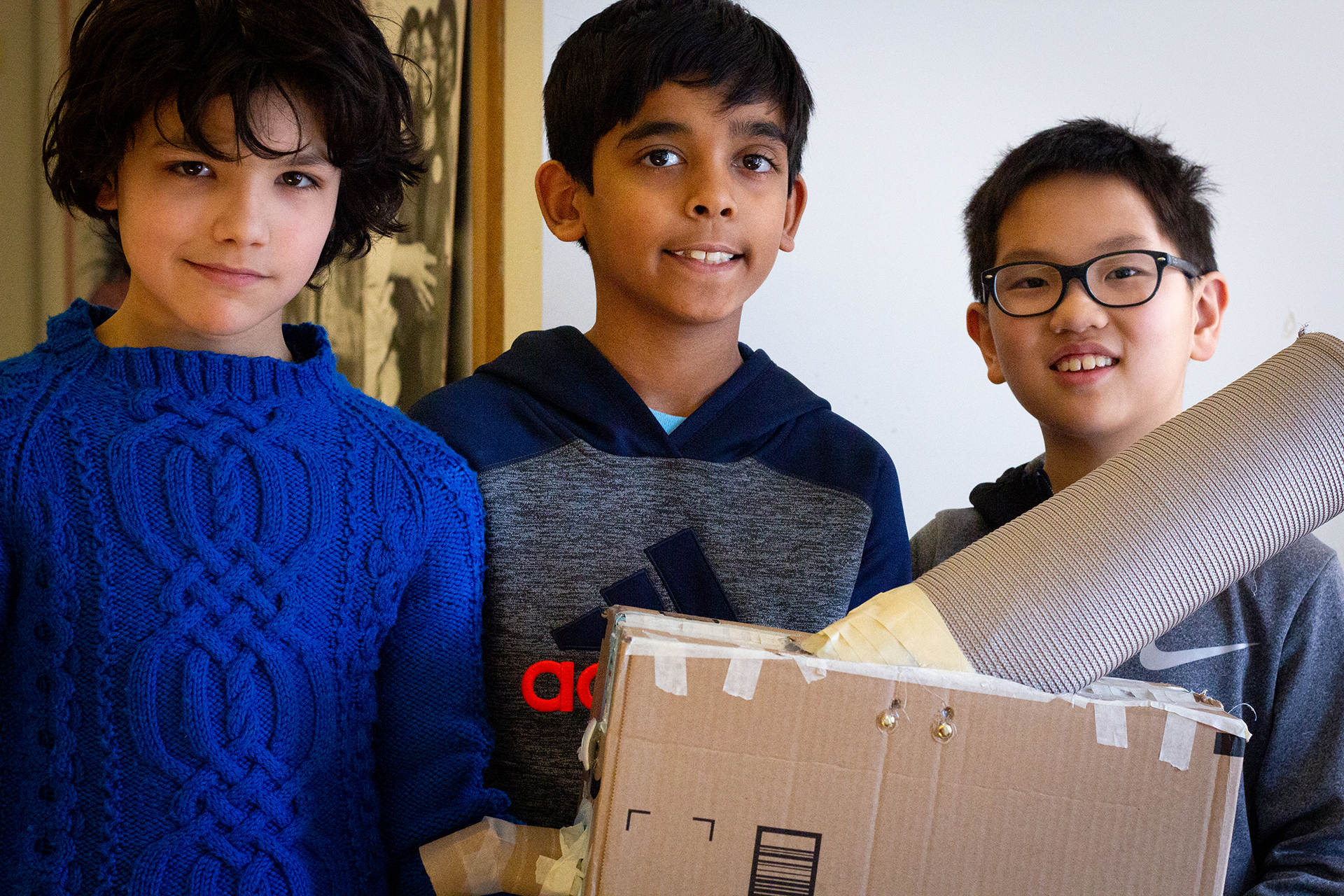 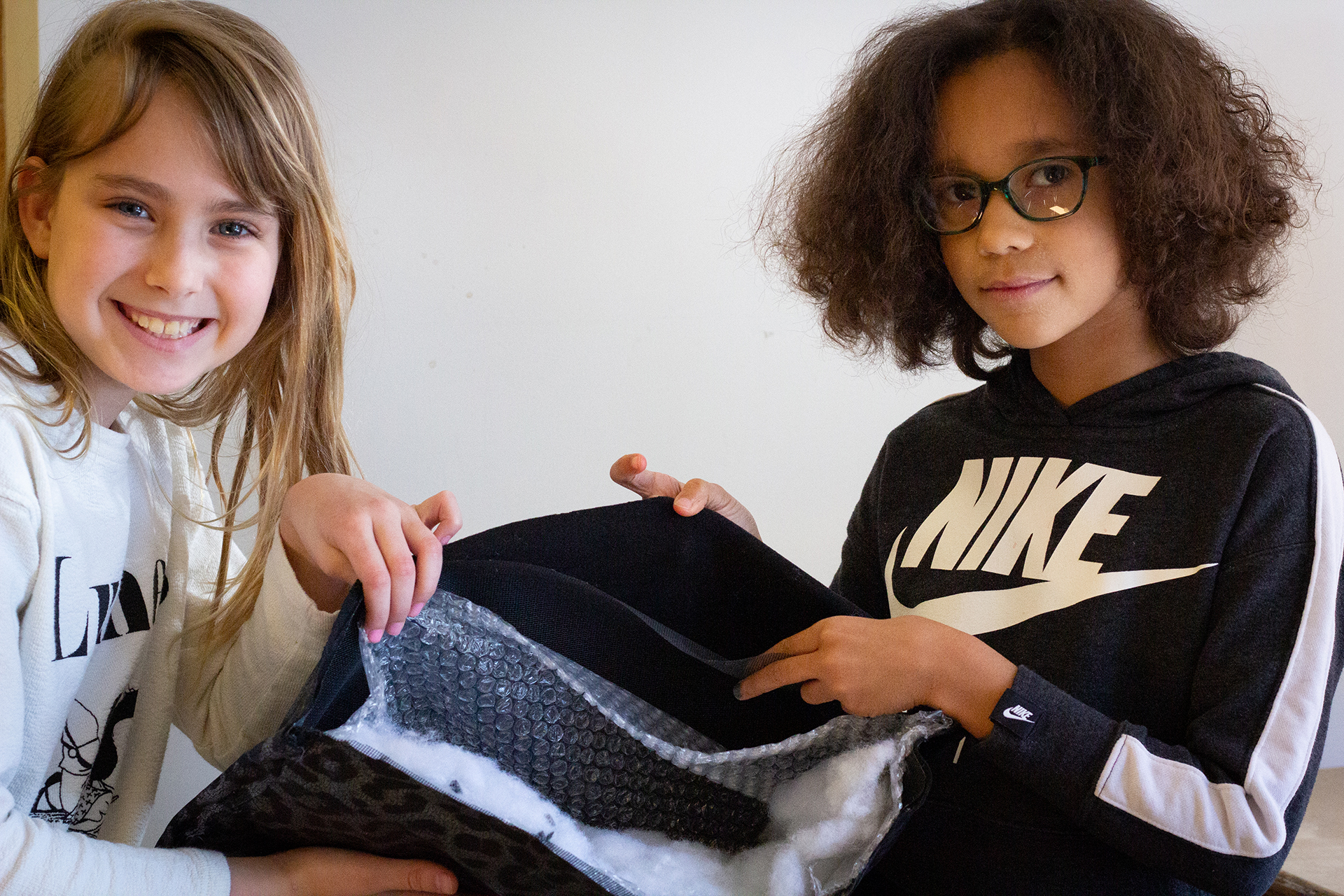 The Shield Blanket
Solutionaries: Sofia, Emiko, Marley
Problem: Homelessness and sanitation
Biological strategy: The blanket layers mimic the cicada, which as wings that kill bacteria; the lotus leaf, which is self-cleaning, has elasticity, and shape memory; and cephalopods contain mechanisms for thermoregulation—stretch to make warm, squish to cool off.
Sustainability strategy: The blanket will provide a natural way to stay healthy and warm.