They're called hemispheres: omnidirectional speakers made from Ikea wooden salad bowls. U-Highers build them as part of a project that combines woodworking, circuitry, and computer programming to create digital music, formed from a catalog of sounds and performed in real time like an analog orchestra. 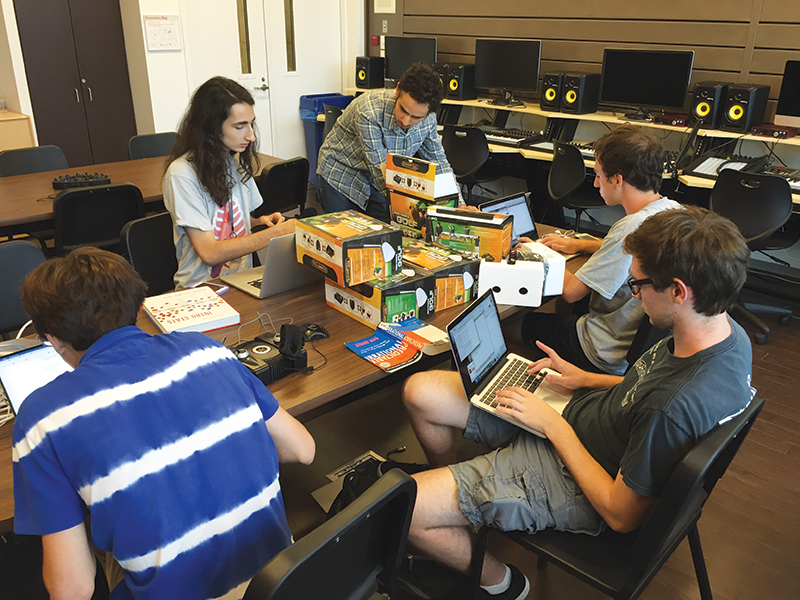 The ensemble is modeled after Stanford's Laptop Orchestra, which explores cutting-edge technology within conventional musical contexts. Lab's electronic music ensemble creates music is referred to as "electroacoustic," which focuses on human interaction.

The electronic music ensemble is not a class but not quite an extracurricular either. And the project has plenty of opportunity for self-directed, hands-on learning. Students meet before school to work on carpentry and electronics, others meet after school to code (the coders are typically the performers).

A related class—digital music production—gives a performance in the spring (affectionately called DigiMUSE), where students present a final project including all they've learned over the course of the class.