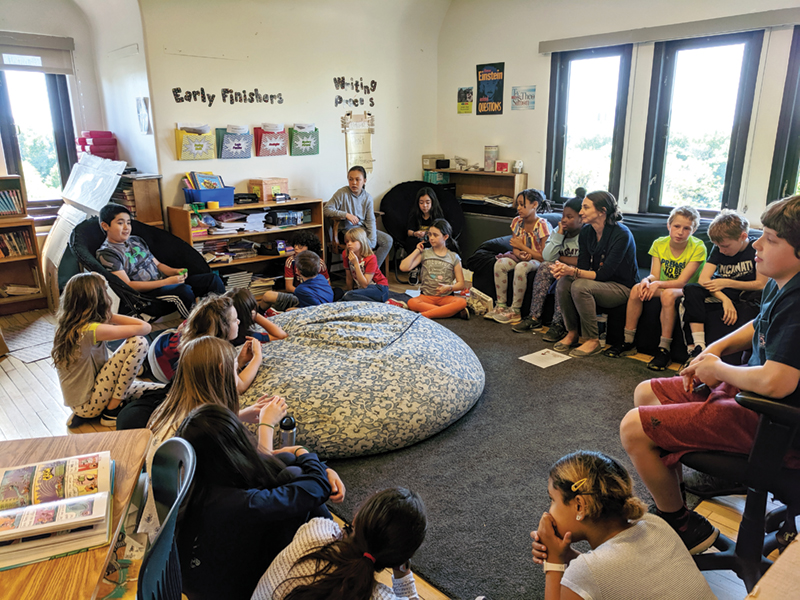 Every Wednesday, Carl Farrington’s fifth grade class circles up to do a mindfulness exercise, and then they wade into some hard conversations. Everything from anxiety about school to competition in PE class to race, gender, and police brutality is on the table. These “peace circles,” which have their origins in the restorative justice movement, model how to agree and disagree respectfully.

“It creates a safe place where students can have these conversations,” says Farrington, who has been holding the weekly talks with Lower School counselor Christine Sullivan since October. “It teaches listening and empathy, regardless of one’s own experiences and belief systems.” 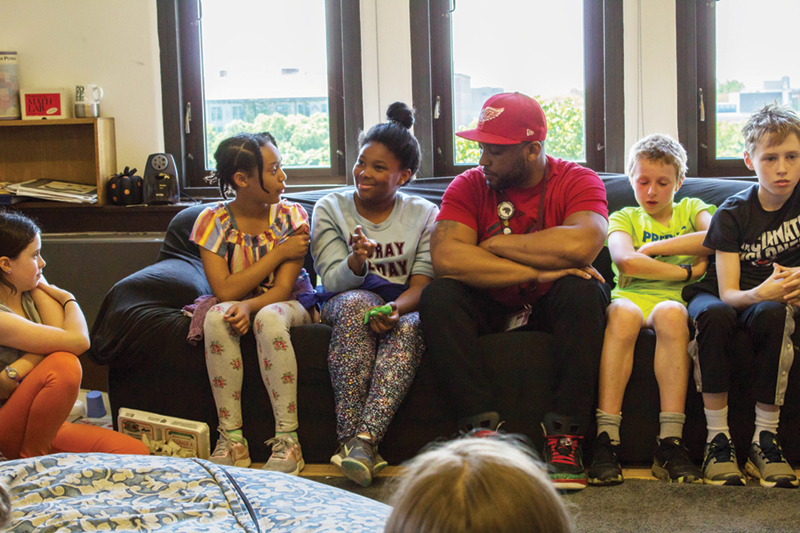 The peace circles grew out of “identity talks” that University of Illinois at Chicago professor, and parent of a Lab fifth-grader, Amanda Lewis led for all fifth-grade classrooms.

To understand gender identity and unpack stereotypes, the students watched a video about gendered marketing in stores and thought about words that could be used to describe themselves. After school that day, a male student went to the doctor, who told him he must be pretty active because he’s a boy. “And our student said, ‘Well, that’s a stereotype,’” says Sullivan. “They’re really getting it.”

Lewis visited Farrington’s class a second time to talk about inequity. Groups were given different bags of materials. Some got colorful paper, others newspaper. Some bags came with helpful directions, others didn’t get any guidance at all. The point was to demonstrate how some people are handed more resources and help that others are denied, purely by virtue of traits they’re born with.

Lewis gave input on how to continue handling discussions about race, gender, and religion on an ongoing basis. The resulting peace circles, which other fifth-grade classrooms have adopted, have helped students continue practicing vulnerability, respect, and emotional generosity.

“At the beginning of the year, there were kids who wouldn’t say anything. But now, everyone makes a comment every time,” says Sullivan. “They’re learning about classmates who are different from them and their perspectives, and that a lot of what they feel or fear, others do, too. They’re not alone.”