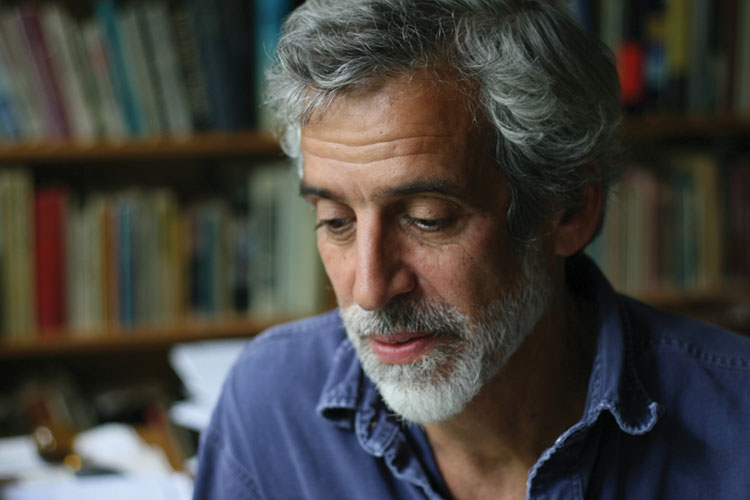 Although he rode a motorcycle from Paris to New Delhi and climbed mountains in the Himalayas, Jamie Kalven ’65, says his biggest adventure was coming home.

“I was driven to explore my native place,” said Kalven, who grew up in Kenwood. Moving back to Chicago after his father’s death, he became fascinated by the vast social distances that can exist within a few city blocks. “Bringing into focus the racial inequalities that structure the city takes sustained effort. It became my work.”

A writer and human rights activist, Kalven has spent years documenting police abuse in Chicago. He co-produced 16 Shots, a Showtime documentary about the aftermath of the 2014 Laquan McDonald shooting. “It wasn’t simply that a cop killed a kid; the whole machinery of government was mobilized to create a false narrative about what happened that night,” he said. “My work is aimed at describing and helping to dismantle that narrative machinery.”

The deeper he dug into the conditions that give rise to patterns of police brutality, he repeatedly thought he’d gone as far into the darkness as he could. Each time, what he thought was bedrock was really a gateway to something deeper.

Kalven was familiar with the excuse that police officers need to make “split-second decisions” about risk. What he has found is that often those life-or-death moments weren’t unavoidable; they were manufactured by the police themselves. The officers involved made a series of choices leading up to that moment, creating for themselves a situation in which they would have to respond and judge, in the blink of an eye, whether or not to use deadly force.

In 2014, he founded the Invisible Institute, a journalism production company on Chicago’s South Side.

Kalven, who received the 2015 Polk Award for Local Reporting, the 2016 Ridenhour Courage Prize, and the 2017 Hillman Prize for Web Journalism, is consulting on a dramatic TV series for AMC set on the South Side of Chicago and is executive producer on an investigative podcast series developed by Invisible Institute colleagues about the 2016 murder of a Chicago man.

“My focus on documenting individual stories of abuse has led to an effort to understand the larger institutional conditions that enable and shield those abuses, while at the same time allowing us to somehow tolerate intolerable things,” he said. “That’s the question I wake up thinking about in the morning.”