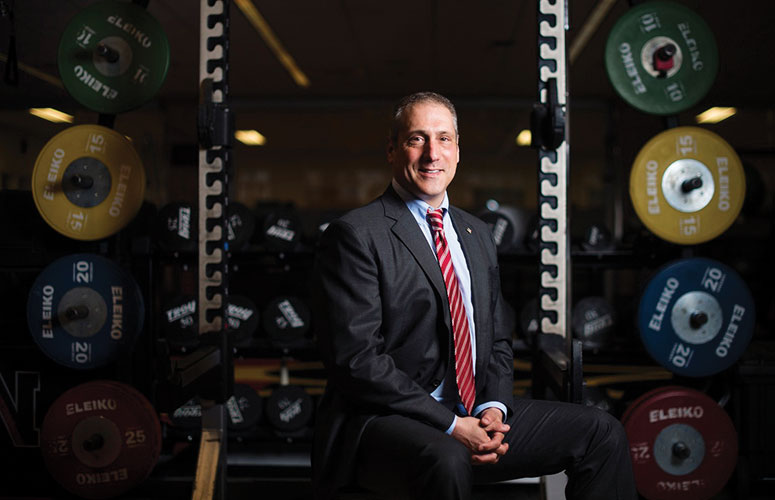 Physician Gianmichel Corrado, '87, has a life project: replacing the stethoscope with the portable ultrasound.

When he was a 23-year-old post-baccalaureate student, he liked playing pick-up basketball. One day, a young man suddenly collapsed in the middle of the game.

What happened was not an isolated case. On average, every three days in the United States an otherwise healthy, young athlete dies of an undetected cardiac anomaly. The most common cause is hypertrophic cardiomyopathy, a condition that makes it harder for the heart to pump blood.

"You could save their lives, but these heart anomalies are very difficult to detect," says Dr. Corrado, whose research as an assistant professor at Harvard Medical School focuses on sudden cardiac death in athletes. "How do you prevent a kid who is seemingly fine from dying of something you can hardly detect? The best way is with an echocardiogram."

Stethoscopes have been used to listen to the heart since before there was electricity. Instead of listening, he says, we need to be looking—with portable, affordable ultrasound machines. "Now, you can have a probe that fits into your iPhone, and no prohibitive costs," he says. "I want to level the disparities in health care so every frontline clinician, whether on the South Side of Chicago or Rwanda, can have cardiac imaging ability at the highest level."

After a decade practicing emergency medicine, Dr. Corrado—who was in the ER often enough as a patient recovering from basketball and skiing injuries—began a fellowship in sports medicine at Boston Children's Hospital. It was there that he began applying ultrasound technology to the problem of sudden death in athletes.

"In sports medicine, I care for athletes of all ages, from five to 80 years old. I love seeing people of every age group get back out there to play safely," he says, adding that he's trained his team to use portable ultrasound machines to do echocardiograms.

"We're screening all athletes at Northeastern now. We haven't found any anomalies yet. But someday, we will."