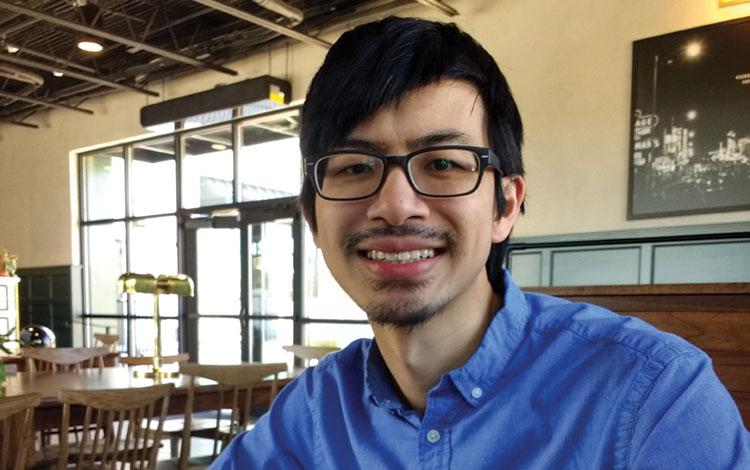 “I always wanted to do math. My dad likes to tell the story that when I was a baby, he would read me the room numbers in the hospital and that would calm me down,” said Jeffrey Kuan, ’06. “But that’s probably apocryphal!” Even so, Kuan’s interest in numbers can be traced at least as far back as kindergarten, when he said he wanted to be a mathematician. To a five-year-old, that just meant he thought he could add numbers all day.

Now an assistant professor of mathematics at Texas A&M University, he does a lot more than simple addition. “What do I do? I get asked that question a lot,” quipped Kuan. “One thing I try to do is get a sense of unsolved problems and develop new methods to solve them that haven’t been done before.”

If you flip a coin a bunch of times and then plot the distribution of the results, it will look a lot like a bell curve. But what about something far less simple than that, which introduces more randomness? What shape would that distribution be? Take for example, how a forest fire spreads—in which directions and how quickly? Those are the kinds of real-world situations for which he’d like to be able to model the probability.

“In principle, this could help fight fires, and I certainly hope people can find applications like that from this sort of math,
since I don’t actively work on them,” he said.

His long-term “pipedream” of a goal is to impact the way math is taught at the college level. So much of math education is rote memorization, rather than understanding conceptually why something is true or why an equation works. If math were framed differently, even going back to grade school and high school, it would be far easier for students to grasp. He was lucky, he said, attending Lab, where not only was he able to take college-level math classes as a high school student, he was also inspired by their efforts to teach math in a way that was beautiful and interesting.

“I try to implement this in my own teaching,” he said, recalling how he tutored at a local high school while a graduate student. His students were trying to memorize how to calculate the areas of shapes, like triangles and parallelograms. He explained how a triangle is half a parallelogram, so you’d calculate the area the same way, just divided by two. “In the future, I dream of writing a calculus textbook. Although, there are already a lot of those out there. Maybe I can make mine free!”