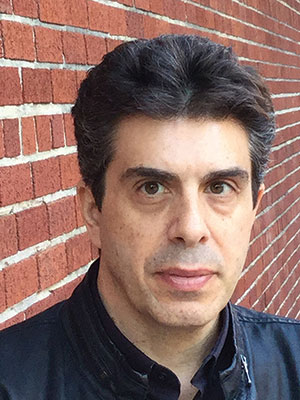 In 1996, during the investigation into the terrorist bombing of a Jewish community center that took place in Buenos Aires two years prior, Sebastian Rotella, '80, was there. A foreign correspondent for the Los Angeles Times, he set to work reporting about the deadliest anti-Semitic attack outside Israel since WWII. It haunts him—and remains unsolved—to this day.

"I was really affected by it, maybe because growing up in Chicago a lot of my friends were Jewish, and then discovering how elsewhere there's such danger and people have to live behind walls and security guards," said Mr. Rotella, who now covers terrorism, organized crime, migration, and international security as a journalist and author for ProPublica.

While he was always interested in writing—working for the U-High Midway and penning fiction and plays in college—it was his first job as a Chicago Sun-Times copy clerk that hooked him on journalism for good. It was 1984, before the paper was considered "old school," and it had a "hard-nosed, no-nonsense, streetwise style and personality." For Mr. Rotella, journalism was where the worlds of ideas and the street came together.

His work has taken him from South Asia to North Africa, and even onto one of Bruce Springsteen's albums. In 1995, while based in San Diego covering the Mexican border, he discovered that Springsteen—who had read his articles while researching his latest album, The Ghost of Tom Joad—had thanked him in the liner notes.

"When he wrote those two songs based on my border coverage and when I got to meet him, my friends told me that was it, nothing better would ever happen to me!" said Mr. Rotella, who had always been a huge fan of the Boss. "He'd essentially put the article to music. I was overwhelmed and honored."

Mr. Rotella, who cites Alexandre Dumas, Gabriel Garcia Marquez, and Chicago's own Mike Royko as among his inspirations, is also the author of three crime novels. His latest, Rip Crew, was recently named one of 2018's best mysteries and thrillers by Kirkus Reviews. His first, Triple Crossing, was selected as the best debut crime novel of 2011 by The New York Times.

"As a journalist, I've tried to tell stories accurately and rigorously from dangerous and complicated parts of the world that people otherwise wouldn't have known about," he said. "And I hope my fiction will be remembered for being honest and very much grounded in reality. In the end, Iím a storyteller on both fronts."