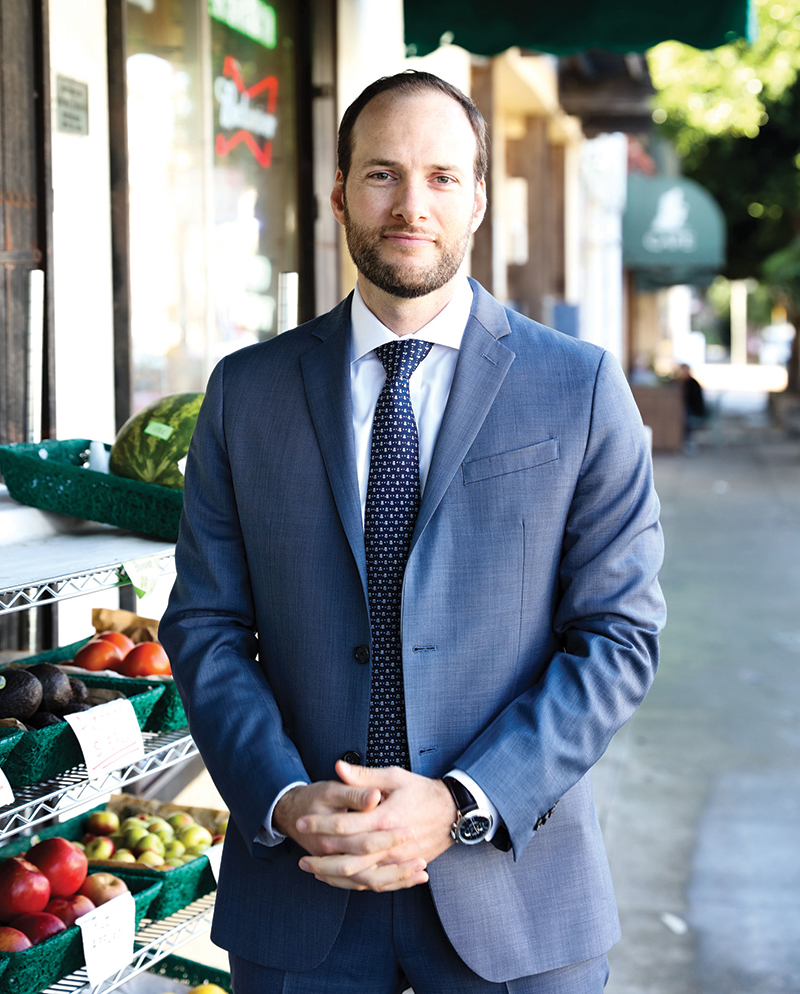 Chesa Boudin’s Lab experience was typical in many ways, filled with sports and extracurricular activities. But he also traveled to New York many weekends to visit his parents, who were in prison. Seeing how they were convicted of a crime not in keeping with what they actually did sparked a lifelong interest in the law.

“Ours is a draconian system that utterly fails to meet the needs of victims. The government spent tens of millions of dollars to punish my parents, but did little to heal the damage done to the victims,” says Boudin, ’99, an attorney who has focused on immigration issues and criminal justice reform. “It’s good at punishing people but bad at uplifting victims.”

His papers about the death penalty in Middle School eventually led him to law school at Yale, where he focused on both human rights issues and immigration. When he graduated and began clerking for a federal judge on the Ninth Circuit Court of Appeals, he and the other clerks were allowed to choose which cases they wanted to work on the most. He found himself gravitating toward the criminal cases, those that dealt with criminal procedure, constitutional rights, and sentencing.

Now as a public defender in California, he’s aware of the high stakes. The community he serves is impacted by mental illness and addiction, discrimination and trauma. He recognized there’s only so much he could do from the ground up, so in January he started campaigning to be the next district attorney of San Francisco. If successful, he hopes to make his city safer by enhancing the fairness of the criminal justice system by ending money bail, decreasing racial disparities, focusing resources on serious violent crimes rather than petty offenses, and by restoring trust between law enforcement and impacted communities.

“We need to expand and focus resources on restorative justice practices, which would do a better job of giving victims a voice and healing the harm that’s been done, rather than simply punishing the perpetrators,” he says.

Regardless of how his bid pans out, he hopes to be remembered as someone who experienced a trauma and turned it into an opportunity for not just personal healing, but also for improving a broken system.

“This is a defining civil rights issue for our generation,” he says. “I’m grateful to be finding ways to turn my own experience into an opportunity to radically rethink and improve our country’s approach to crime and punishment.”