Doug Cohen, '60, has spent his life thinking about something we all live with every day, but rarely give much thought or attention to: our furniture.

"A lot of people think it's mundane and it's not at the top of their shopping lists," he observes. "But we're trying to design something that's really comfortable and very stylish and long-lasting." Getting the combination of angles and fabrics right doesn't happen overnight. Usually, each item goes through three to five iterations before it's ready to become a part of someone's home. 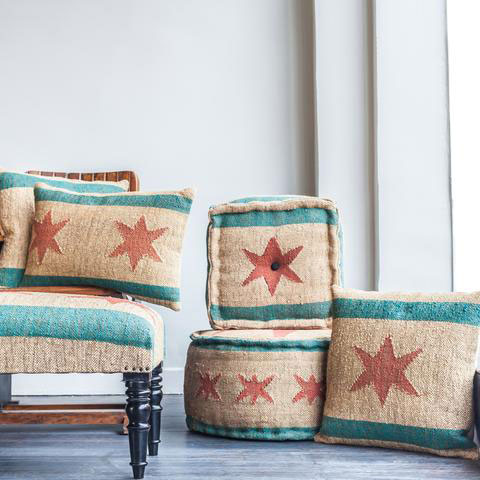 Now president of Wrightwood Furniture in Chicago, Mr. Cohen worked for his family's furniture company, Douglas Furniture, until they sold the business in 2000. Wrightwood, a joint father–son effort, does things somewhat differently than many retailers. "Many businesses today like to say they manage their logistics," he says. "At Wrightwood we control the logistics."

He saw that customers wanted high-quality pieces for their homes that would express their individuality and stand the test of time—but not at exorbitant cost. To offer unique items more reasonably, they've cut out the middlemen and ship direct from factory to store. Removing warehousing, distribution, and all that extra trucking means they can pass those savings on to their customers without sacrificing quality.

"Furniture is purchased for the long run. Some of the things we design and produce are generational, which means you could buy it and keep it 25 years, and then pass it down to your children," Mr. Cohen says. "It should last that long."

His own home—a lot of antique pieces, some traditional, and some industrial—is in the "eclectic" style, according to his wife Carol Bergman Cohen,'63, whom he met in study hall at Lab when he was a U-High senior. "That was the best thing that happened to me. We've been married 51 years," he says.

In 1994, Mr. Cohen was honored with the City of Hope's Spirit of Life Award, in recognition of his philanthropy and community work. He serves on the Board of Jewish Community Centers and is co-chair (along with his wife) of the United States Holocaust Memorial Museum Midwestern Leadership Council.

Ultimately, he'd simply like to be remembered for being a really good person; or, as he put it, a mensch.