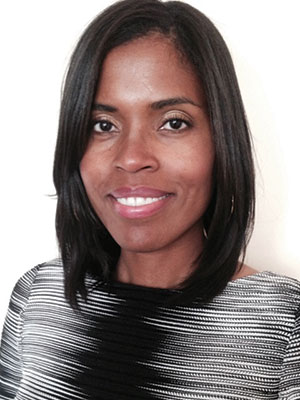 Foundation director for the Chicago Blackhawks

Although she's been the Foundation Director for the Chicago Blackhawks for two years, Tovah McCord still can't ice skate.

"I can stay upright on skates and that's probably about it," said Ms. McCord, '93. "Fortunately, it's not a job requirement!"

Instead of slap shots and backhands, Ms. McCord gives grants and creates programming. She oversees the process of reviewing applications and distributing funding, as well as developing the Foundation's special roster of programs for Chicago. At the team's new practice facility, there's a rink for community use and classroom space to teach social and emotional learning to kids from low-income backgrounds.

"There are life lessons that you learn in hockey. We talk about this in the classroom, but the games we develop for them to play really bring those lessons to life," says Ms. McCord. For instance, to teach the skill of decision-making, the kids get to experience what it's like to be under pressure as goalies. Gearing up in head-to-toe goalie equipment, they're forced to make split-second choices as their classmates line up and take shots.

"These activities are meant to frustrate them a little bit, but it's how you don't give up," adds Ms. McCord. "It's about how you work through things." After the activities, the kids assemble for a reflection circle, where they share their experiences about respect, leadership, perseverance, and teamwork.

The roots of this program stem from her time as an administrator for a Chicago public school. Because there were few after-school activities available, she developed a leadership program. She took it upon herself to spend her summer researching pillars of good leadership and created an age-appropriate curriculum about vision, accountability, perseverance, and service to others. For accountability, one of the grade levels took a field trip to the Illinois Holocaust Museum. For vision, they heard a story about a blind person who could play the piano.

"Vision is what you aspire to, not necessarily what you see," she said.

While working on this program, it became clear to her that she was really passionate about making a positive impact on her city, bringing people together, and working toward larger goals.

"I've spent almost my entire career supporting people and organizations striving to make a positive difference in Chicago," says Ms. McCord. "The only difference is now at the end of my day I get to join my colleagues and 20,000 other fans to cheer for my employer on the ice."