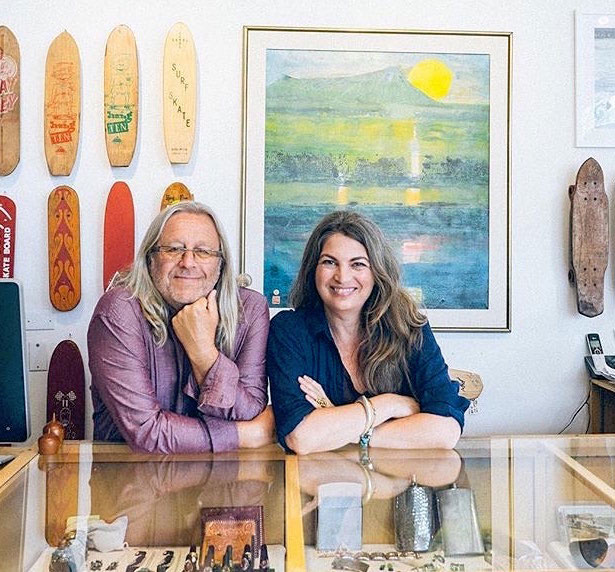 When Donna Sigal Gunther, '82, first visited California in 1987, she marveled at the variegated terrain and the spirit of living she experienced.

She's spent the last 22 years bringing that synergy into homes around the world. That's when she and her husband began to sell vintage California memorabilia: surf culture, mid-century design, and Americana. Their lifestyle brand and creative consultancy, Surfing Cowboys, was one of the first that tapped the essence of California lifestyle.

The former fashion photographers started out by buying things for the California home they always wanted while on the road, traveling from gig to gig. Ms. Gunther would incorporate their treasures as props in their shoots, and before long, everyone wanted to buy them.

She saw an opening. She began to combine icons of California culture with vintage items that were passed up by decorators, creating a genre of design that hadn't been encapsulated that way before. "Until we opened Surfing Cowboys, no one hung a surfboard in the house. They were in garages or museums. Our manner of mixing pieces helped to launch a new aesthetic," she says.

Since starting on a street in a neighborhood that nobody wanted, they've sold hundreds of thousands of items, including rare cultural icons such as personal pieces from the collection of Duke Kahanamoku—considered the father of modern-day surfing—and an original Steve McQueen jacket.

The ability to see what others aren't seeing and to move confidently into that space is one Ms. Gunther traces back 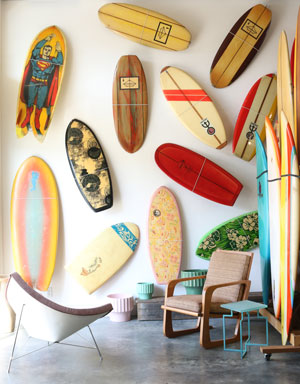 to a pivotal moment at Lab. One day in Mr. Bell's history class, he said that there was no black and white and everything was shades of grey. This moment helped form her manner of thinking and approaching life, by reminding her to continually develop her ability to take a wider view.

Recently, she and her husband decided to temporarily close the brick-and-mortar store to build out the brand, update their online store, and talk to potential partners. Staying relevant sometimes means stepping off the treadmill to reflect and plan, no matter how scary that pause can be.

"Find your truth, and don't be afraid to follow it. Or stand in it," she says. "Listen to yourself rather than follow the rules of convention. Don't be afraid to leap. Or be afraid, but leap anyway."