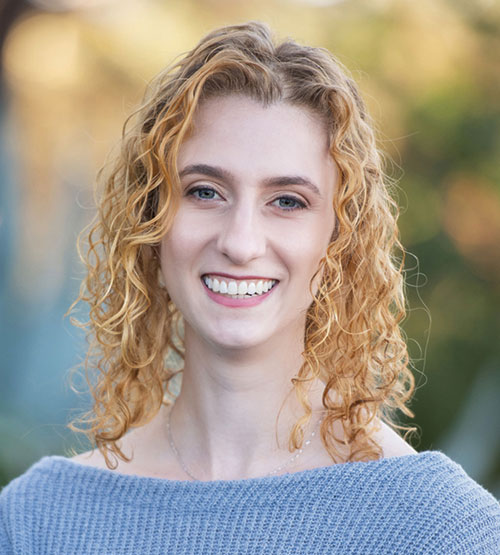 When Aimee Lucido, ’09, was little, she’d put all her jigsaw pieces together and try to solve multiple puzzles simultaneously. “I’ve always loved puzzles,” she said. Now, you can find her own puzzles—crosswords—in places like the New York Times and the New Yorker.

This gig has been more than a word-lover’s creative outlet; it’s also helped her quit her day job.

Almost a year ago, Lucido left her post as a software engineer for Uber to pursue writing young adult books full time. After drafting 16 stories in her spare time over nine years, her first book was published in September.

“I accidentally got a literary arts degree on top of a computer science degree, and I just never stopped writing,” she said. The result, Emmy in the Key of Code, straddles Lucido’s twin interests in tech and the arts: it’s about a 12-year-old girl who falls in love with computer science through the language of music.

“We need more representation of women in tech in the media. If there’s a movie or TV show about it, they’ll just hire a consultant, but this isn’t the same as it being created from the ground up by a woman in tech who is also involved in art,” she said. “That’s what makes this book stand out, I’m an expert in both.”

Lucido has devoted herself to the world of children’s literature because of the impact those stories had on her when she was growing up. Middle school is when kids are figuring out who they are, and the right book at the right time could be tremendously meaningful. She cites Matilda, Harry Potter, and His Dark Materials among the stories that shaped her as a child and mattered to her the most.

Her next novel, Recipe for Disaster, will come out in about 18 months. And one or two of the earlier stories she worked on steadily for nine years will also be published eventually.

“Many aspiring writers think first about how to get published. But you just need to write,” she advised. “The first barrier is writing a great book. And the barrier to that is learning to write a great book. You have to like writing enough to write those bad books, and to trust the process.”