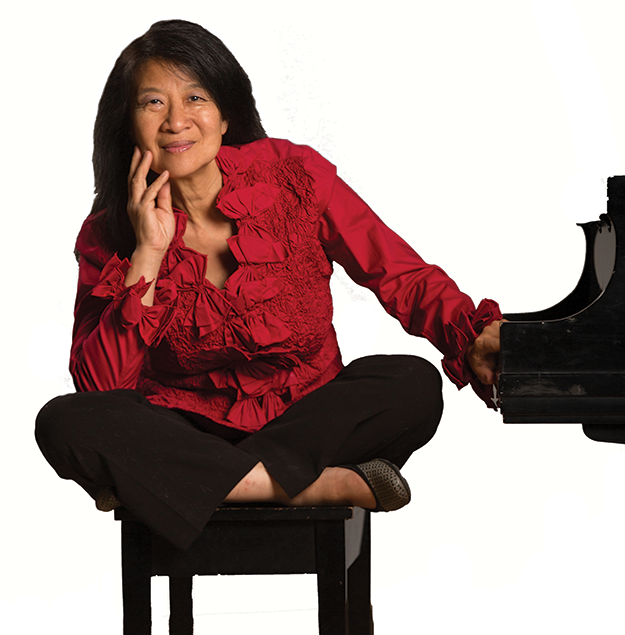 Pianist Paula Fan, '69, never planned to be a musician. Yet her first memory is of moving her fingers while listening to the radio and she came home from her Arkansas kindergarten to report that a woman who played piano for her class "wasn't very good."

"What I am is the result of Lab," says Ms. Fan, who attended Lab from second grade through her sophomore year in high school, when, in 1967, her family moved to Tucson. At Lab, she says, "I learned to think independently, was inspired by great teaching, and was encouraged to pursue original ideas."

Ms. Fan, who taught at the University of Arizona School of Music for 40 years and has been principal keyboard with the Tucson Symphony Orchestra for 31, thought she'd teach math. But her musical education at Lab left an indelible mark: exploring Humor in Music with Mr. Tirro, Minimalism and Musical Happenings with Mr. Hey, and falling in love with Mozart Lieder thanks to Mrs. Goettling.

Miserable at school after her family moved to Tucson, she auditioned to play for the choir; eventually, the choirmaster teamed up with her piano teacher, petitioning her to try majoring in music for one semester. "It's been a long semester!" jokes Ms. Fan.

In addition to her performances with the symphony, she tours every year and has performed across the world. She has recorded more than 20 albums and broadcast on BBC, NPR, Radio Television China, and other international stations. Her credits as a pianist-partner include teaming up with German-American violinist Steven Moeckel, Welsh baritone Jeremy Huw Williams, and the late British clarinetist John Denman—whom she married in 1982.

In 1980 she joined members of Beijing's Philharmonic Orchestra for the first concert of Western chamber music since China's Cultural Revolution, and was the first accompanist-coach invited to perform and teach by the Chinese Ministry of Culture.

"I have been lucky enough to enjoy a good career, but I have never felt that a musician is totally what I am," says Ms. Fan, who also volunteers for Earthwatch and has a cat rescue 17 felines strong.

"One 'plays' an instrument, and that is the operative word for me. I played—and still play—for fun, although I approach what I do seriously," she says. "However, I can walk away and not play the instrument for months. It's probably a healthy thing."