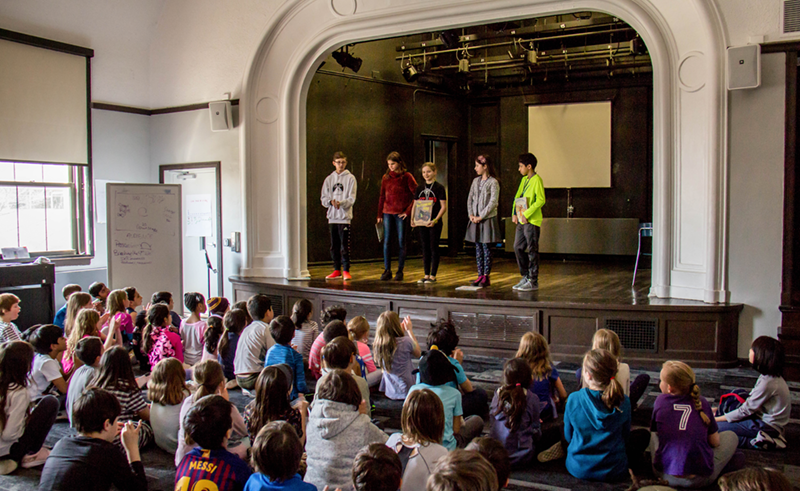 A favorite Lab activity that lets our childcentered approach shine is the annual Sutherland Award for Excellence in Children’s Literature. Created and funded in honor of Zena Sutherland (a former UChicago faculty member and still considered among the world’s most influential scholars of young people’s literature), the award is one of the only kidselected book awards in the United States.  Here’s why it’s so special: 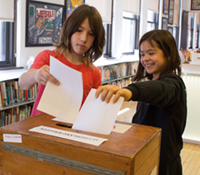 It integrates critical thinking and analysis. Sixth graders work from November to March negotiating the finalists and then promote each book, writing and giving persuasive presentations in support of their “candidate.”

It’s predicated on cross-grade collaboration. Older children take leadership positions, but the younger ones are also empowered as third, fourth, and fifth graders vote on best illustration, best text, and best overall. Each year, Lab brings the previous year’s award-winning author to the school. Kids host the award ceremony, introducing the authors and announcing the newest winner to an impassioned crowd of cheering children.