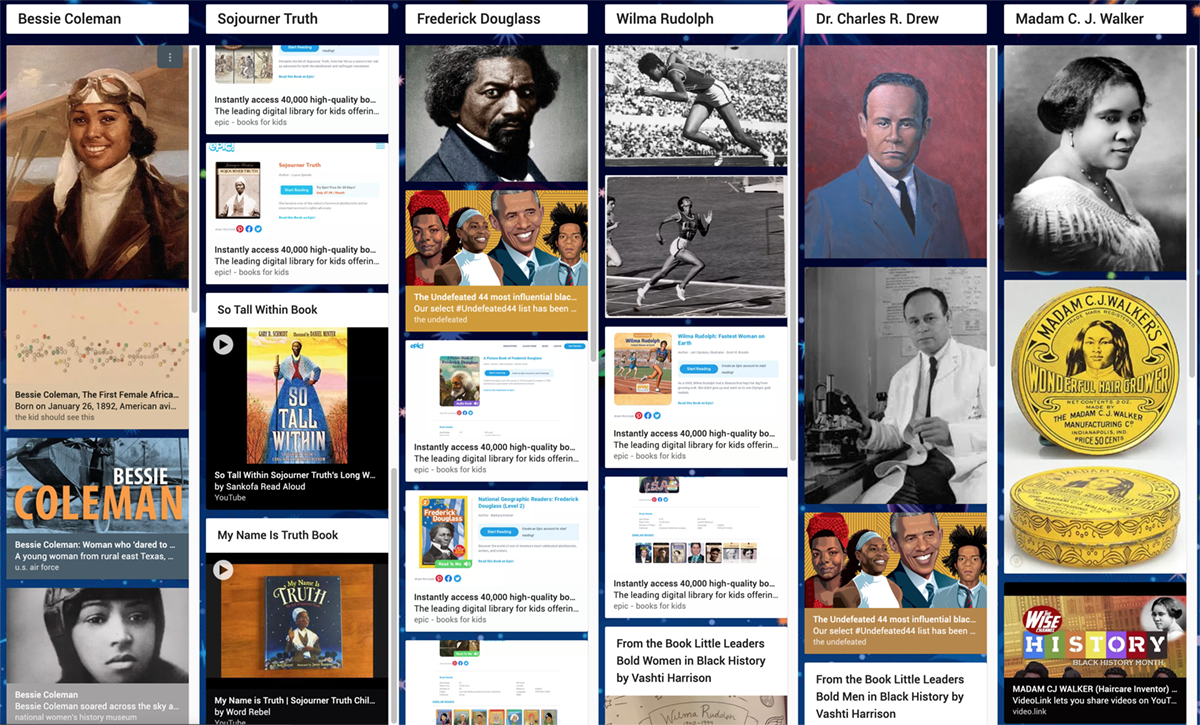 Lab's third graders are exercising their perspectives. For Black History Month, the third grade team wanted to introduce their students to changemakers. "They've learned about the civil rights movement, Dr. King, African American and African figures," says third grade teacher Marlease Bushnell. "In third grade classrooms we have done cool projects recognizing Black inventors and scientists, so we wanted to introduce them to more people. We created a padlist, picking people who were popular, some people who were less so, some people they've never heard of before or might hear of again! People like Gordon Parks and local Black artists whose work has impacted the South Side of Chicago. Changemakers." Teacher Jessica Palumbo is even working to create a map of Bronzeville changemakers for her students.

Palumbo introduced the changemaker project to her class writing, "This year we have been studying systems of power. The power you have, the power we have together, united, the power of those that make the rules and those that are told to follow the rules. We learned that power itself is neither good nor bad, but power can be used to help others or to hurt others." She spent time giving her students additional context about how extraordinary the changemakers' achievements were in light of history and the many obstacles, such as institutional racism, that stood in their way.

While still remote, the students researched these powerful "changemakers" and then worked to fill out a biographical script, as though they were telling their life story from the perspective of their chosen person, communicating their contributions and living legacies. They read the book Shirley Chisholm is a Verb. "Obviously a verb is an action word: negotiates, campaigns, inspire, represent," says Bushnell. "To get students inspired about being personal activists we asked them to think about their verbs carefully."

The students wrote and recorded their scripts, sharing with one another. "They learned so much and they loved it. They did their biography scripts on a google doc, so they learned how to type, how to edit, how to share. They put comments on their classmates' work, which was neat. They made videos from home. They were able to utilize technology in fun ways."

For the art component, they selected a portrait of their changemaker and placed a piece of mylar on top, going over it with markers. "They created these beautiful drawings with line and color, creating a multi-element project that we were able to hang in the windows," says Bushnell.

"Teaching during this pandemic is different than anytime I've ever taught. It is important for me to talk about people that continue to make strides and about perseverance. Look how many people persevere. To say, 'look at this person, look at the kinds of things she had to overcome.' They say, 'Oh, she was a doctor.' Yeah, but she was a doctor in a time when Black girls were not going to school and her parents couldn't read or write. It helps to understand the degree to which people have to persevere to stand up against very real and hard things."