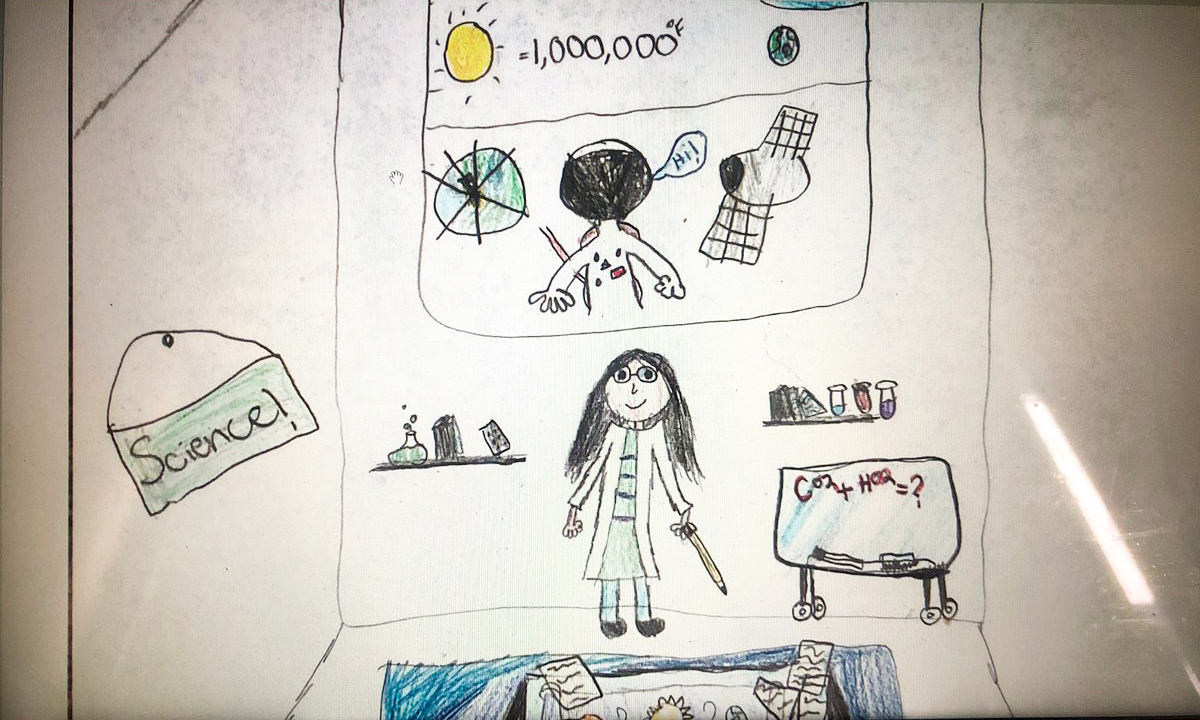 At the beginning of every school year, fourth grade science teacher Micyelia Sanders asks her students two questions: what is science and what does a scientist look like? Stereotypical answers abound as students talk about white lab coats and beakers in sterilized environments like they may have experienced in a doctor's office.

To get beyond the typical answers, though, Sanders gives her students the assignment to draw themselves as scientists.

To help guide them in the right direction, she reads the book Ada Twist Scientist by Andrea Beaty and shows a presentation of scientists that represent the diversity of the sciences as well as the diversity of the humans occupying those fields. "Being a scientist is about asking good questions, it's about being curious" she tells them as they learn the song "I am a Paleontologist."

One student was so enamored with the idea of being a scientist she declared curiosity for all the sciences, announcing "science is everything."

"Every year they always surprise me how personally they take this assignment. The time, color, and attention to detail that goes into their drawings is so thoughtful," says Sanders. The assignment helps students start to identify with various scientific interests, realize that they already have it within themselves, right now, to be a scientist, and the questions begin to flow.

Building scientific habits of mind require nurturing the kind of curiosity and confidence that come with assignments like drawing yourself as a scientist and set the stage for cooperative learning because, as Sanders says to her class, "Scientists are just trying to solve problems by asking really good questions."