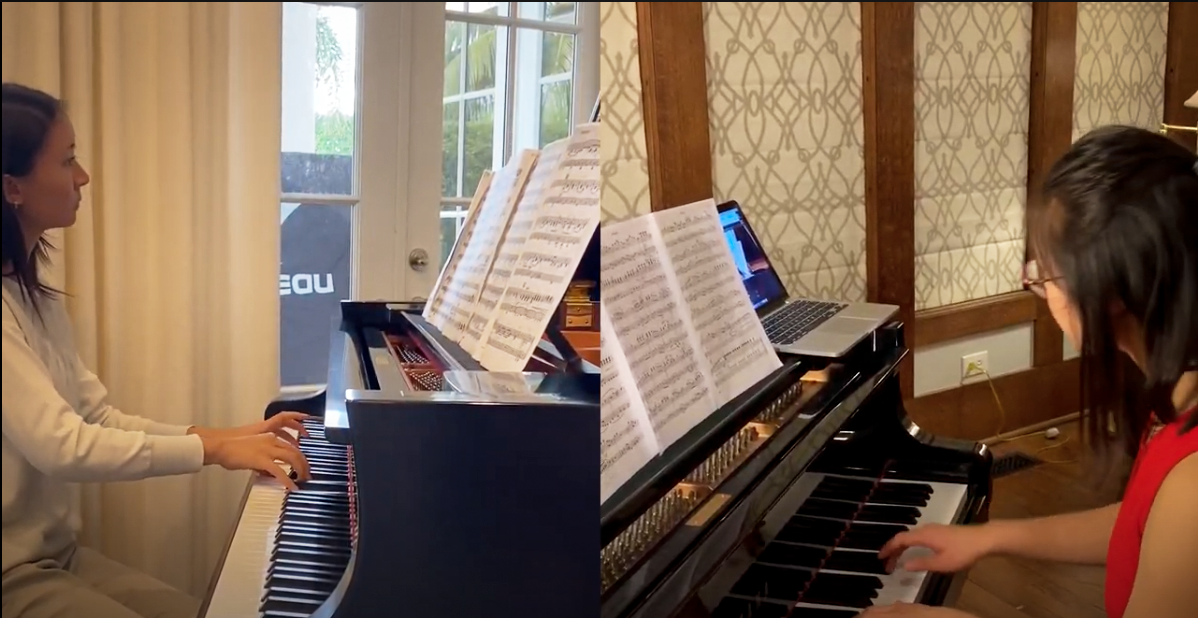 For each recording, the musician playing the lower part records herself, playing alone. Then, she sends it to the person playing the higher part. The second person listens to the recording in their headphones and video records themself.

We did this many times, first starting with a much slower tempo with a metronome that is audible in the recording, slowly increasing the tempo. Once they are more familiar with each other's part, they work on visual cues, following each other's musical phrases (looking at the recording) as we would do if we were in person. Just like an in-person performance, the musicians worked on how to play as a small ensemble to make the music flow from one person to the other.

The higher parts are also responsible for mixing the two videos together in iMovie and adding the beginning and the end of the movie. All three pieces were done in one take without edits (except to remove the parent page-turner!) 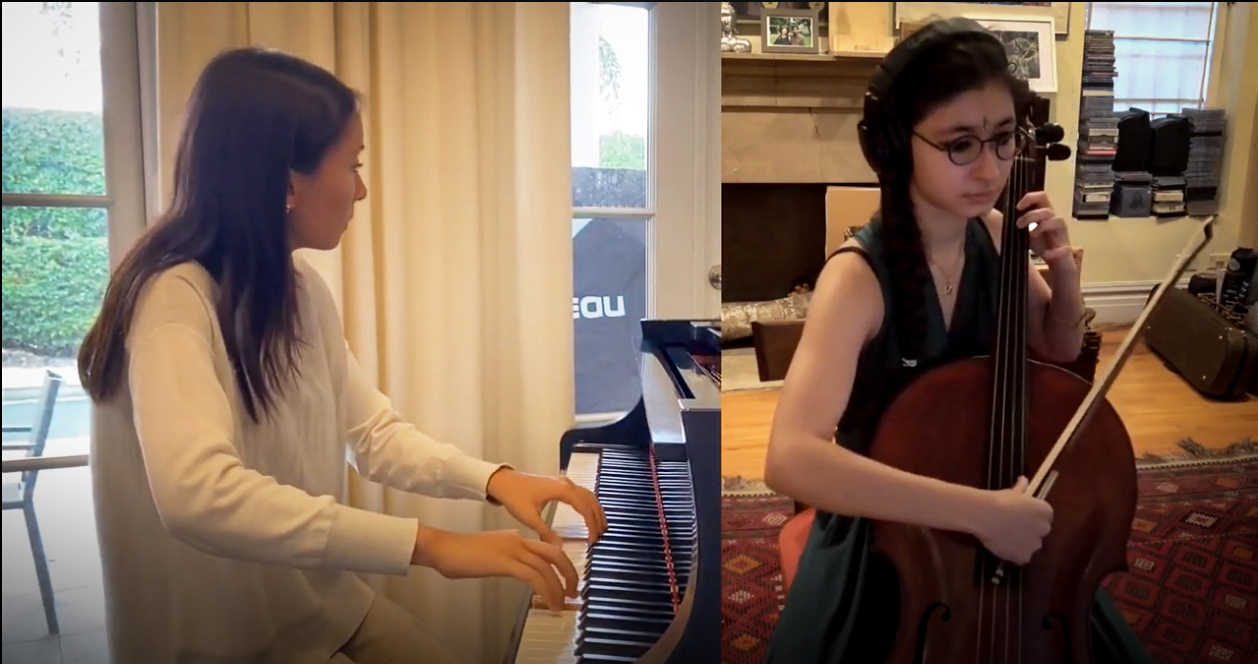