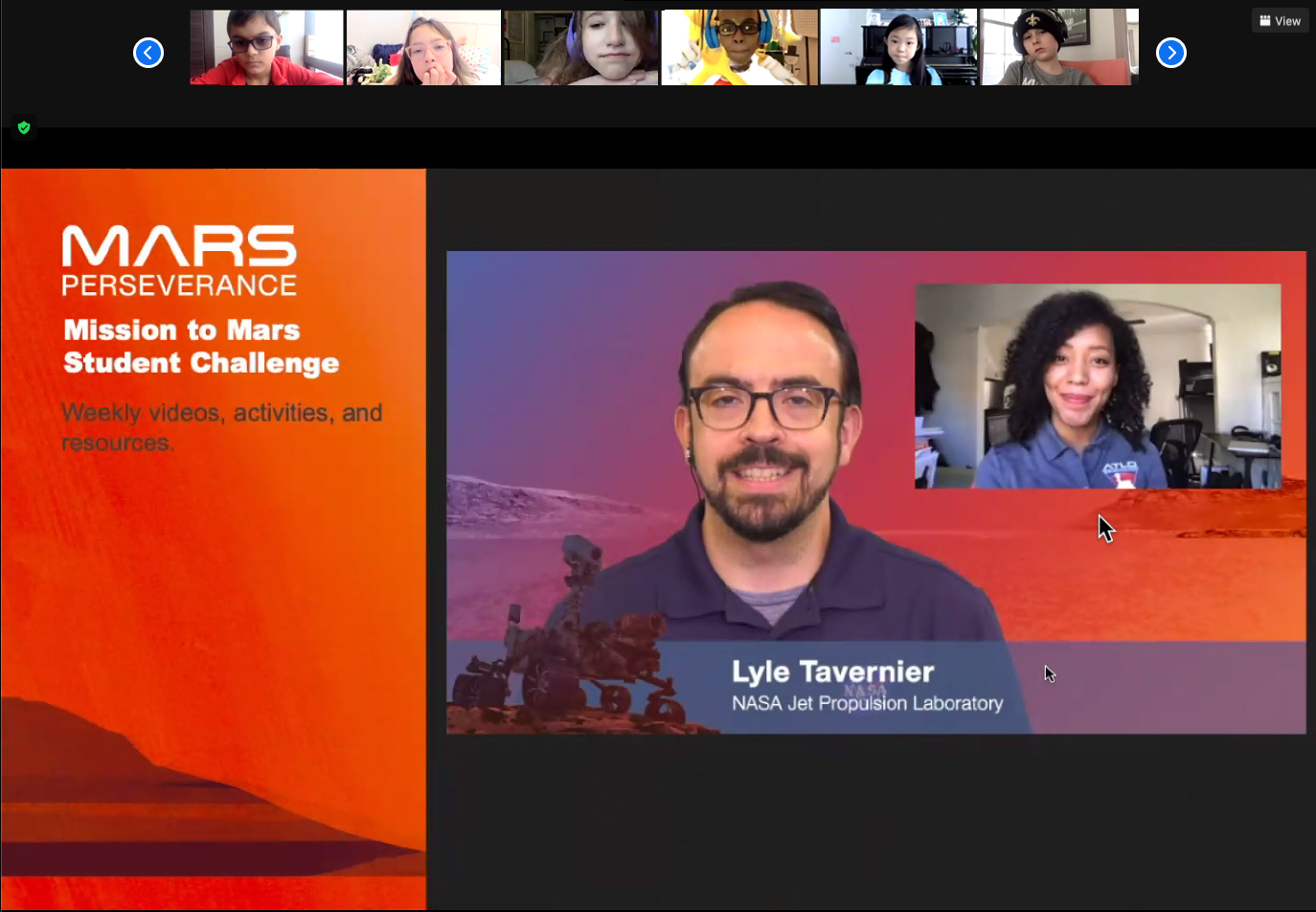 The day before NASA's Perseverance rover landed on Mars, Michelle Holmes' fourth grade class connected virtually with the Mission Control Room over Zoom. Together with other classrooms across the country they watched a simulation of what they thought would happen when the rover landed and were able to ask some questions of the scientists.

Several Lab student questions were picked to be asked of the scientists: "What do you hope to find and what do you want to do with the information once it comes back?" "How can you use that information to make life better here?" and "Why did you pick those materials and how do you know they'll be okay on Mars?" The NASA Jet Propulsion Laboratory scientist answering those questions was Christina Hernandez. As Hernandez offered up answers, one student messaged Holmes directly with a question. "She said 'Ms. Holmes, her last name is Spanish, right?' She was over the moon that there was this Spanish astrophysicist engineer. And then Hernandez says something about being chicana and I get another message, 'I didn't know that there were Mexican NASA engineers!' For her to be able to see a mirror of herself like that, I get emotional just thinking about it. It's life changing."

One of the big tasks for Perseverance will be to collect samples and study the climate. Back on Earth, one student asked, "Why don't we have a Roomba for the beach?" As part of their Mars project and studies on climate change they began building garbage picker-uppers inspired by the Perseverance—their very own "Earth Rovers."

As the students work on their robots, they have been inspired by their interactions with the Mars Rover team. "It was a group team building activity. The JPL Mars Rover team met twelve years ago. There was this shared idea: 'We want to collect sample rocks and study Mars.' It started with a conversation with six engineers. The team grew to over a hundred people, and all they were working for was one moment in time. Ten seconds. They just wanted it to land. So to talk to kids about that and go, 'We worked for six weeks and sometimes you guys argue nonstop. What do you think happens in that room when they plan for that moment?' And the kids felt that so deeply in that moment when the Perseverance landed, to see the whole room celebrate, because they studied their process as a team. That was their 'why.' Now the kids ask me "Ms. Holmes, what is our why?' This is what fourth grade should be. I don't know if it would've happened in person the same way. I'm almost happy it happened in remote.

"You can watch the Youtube stream with NASA here.